When Sinead McGivney and Christina Lynch attended a Codess networking event in Dublin last year, they had no idea it would be the first step to finding exciting new careers as Bing Advertising Support engineers at Microsoft.

McGivney was a developer working at a financial organization and had never considered a career with a tech company. Lynch was already deeply immersed in the tech world, though she wasn’t actively looking for a new role.

But both were interested in connecting with other smart, ambitious and tech-savvy women — and both ended up finding jobs at Microsoft that let them do what they love and make an impact at the same time.

“Don’t underestimate the power of networking,” Lynch says. “I have seen a number of people get new jobs and become part of different communities and projects through the networking events like Codess.” 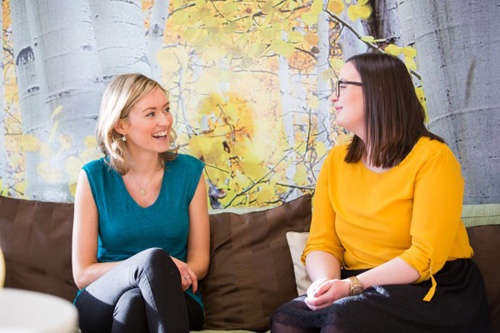 Microsoft established Codess three years ago as a way to promote gender diversity in software engineering. The global community for female coders helps women achieve their professional goals through worldwide networking events, mentoring and support, and it provides a look at the opportunities Microsoft has to offer.

“Women attend our events to gain advice from the experiences of successful women in the industry,” says Alexa Marenghi, founder of Codess and a Microsoft program manager. “They leave feeling inspired and excited to put the suggestions into place.”

McGivney agrees. “The enthusiasm and positive feeling that the Codess events generate is fantastic,” she says. “People feel a sense of community and support in an industry where there are small numbers of women who can feel a sense of isolation in their work. I think it inspires women to stick with their careers and offer support to each other.” 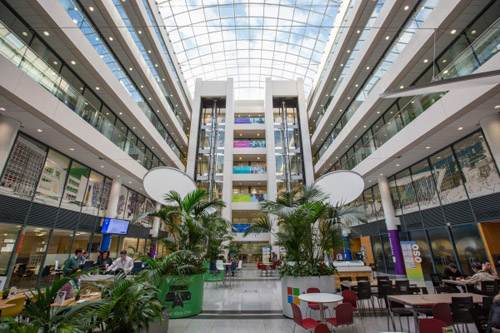 Lynch, who was already an organizer of Dublin’s Geek Girls dinners and a director of the new Dublin Chapter of Women Who Code, emphasizes that “you never know” what great opportunities can come from networking with people who share your passion.

Case in point: McGivney’s experience during her Codess event led her to think again about a career in technology, an industry she’d thought was “a more reactive than proactive” environment. She quickly discovered it held all kinds of opportunities for exactly the kinds of things she wanted to do.

“An evangelist was speaking the night that I first attended a Codess event, and she described all of the exciting technologies that Microsoft was developing and embracing,” she says. “I found this really inspirational, and it led me to want to work for a technology-focused company. I really wanted to be a part of that.”

Later, attendees broke off into working groups and talked about how they could truly influence technology and design. “I realized working for a tech company like Microsoft meant an opportunity to make an impact, to really be on the cutting edge of tech,” McGivney says. “And that made me want to apply.”

Lynch had attended Codess events in the past, but the Dublin event ended up changing her life as well. There, she met Helena Dillon , a Bing Advertising Support manager, and she also had the opportunity to learn about Bing Advertising through one of the speakers.

“I just thought the work they were doing was really interesting — the ideas, the possibilities, all that can come from technology,” she recalls. “And from speaking with Dillon, she was just so passionate about the work she is doing along with her team. I loved having the opportunity to learn about their personal experiences at Microsoft, and also see the team dynamic.”

Lynch, who left the event excited about Microsoft’s opportunities and support for women in tech, connected with Dillon on LinkedIn later that evening. Lynch applied for a job the very next day and soon landed a technical interview over Skype, followed by a round of in-person interviews and a job offer.

“There is such great support for women here at Microsoft”

In their new roles at Microsoft, both McGivney and Lynch have plenty to be enthusiastic about — and great insights and advice for other women who are interested in pursuing engineering jobs with the company.

McGivney stresses the importance of being prepared. “Do your research; see where the company is going,” she says. “Have a reason for why you want to work there, and what you can contribute.”

For McGivney, a career in technology in general and with Microsoft specifically, gives her a way to make an impact every day. “The best part of my job is working closely with customers and helping to resolve their issues,” she explains. “Combining my technical and problem-solving skills to help our customers has really helped me to feel like I am making a difference.”

Lynch is glad the opportunity to have an impact comes with flexibility — which for her means being able to come in earlier and leave earlier each day. “Everyone is encouraged to have a healthy work-life balance,” she says. “You are given the opportunity to work to your own schedule or needs.”

“There is such great support for women here at Microsoft,” McGivney says. “From hosting Women in Tech events to offering a Women in Tech group where employees can link up to share ideas and challenges … Microsoft really does set out to encourage and enable women.”

In her new job, McGivney says she’s focused on really getting to know the company, meeting new people and becoming more proficient in her role. “There’s still a lot of learning to do. I’m just very motivated here,” she says. “There are lots of opportunities to explore new areas. In technology, you just never know where you can go!”

Lynch says she’s looking forward to expanding her expertise and working on projects that can help her grow.

“I really enjoy the work that I’m doing, and the opportunity to follow an actual career path.,” she says. “I can think about where I want to go, what I need to do to get there, what my manager can do to help me, what my team to do to help me. I think that’s fantastic.”

For women looking to take charge of their tech careers in 2016, she advises: “Get involved with the communities around you. Try to attend workshops if you want to learn a new technology, as it can really help your career to show that you don’t just do the 9-to-5 but are constantly looking to challenge yourself.”

McGivney says the opportunities are enormous. “A course or job in technology is never wasted,” she says. “Technology touches most occupations nowadays and there are so many different and exciting areas to get involved in — the sky’s the limit. Identify what you love, what drives you as an individual … Then go after it!”

Interested in joining the Codess community and learning more about networking events near you? Get connected today.