Two years ago, Chad Corzine was exhausted, overweight and working 16-hour days for his father’s company. After a particularly grueling month of work travel, he decided to eat better and grow his own veggies on his small apartment balcony in Los Angeles. It was no easy feat.

His first try ended with a broken garden bed and liquefied soil slopping onto his neighbor’s balcony below him. His second try with seeds and grow bags – small, starter bags with a peat pellet – ended with 30 dead plants.

“I killed every plant trying to transfer the bag to the garden,” Corzine recalls. “I was so frustrated.” 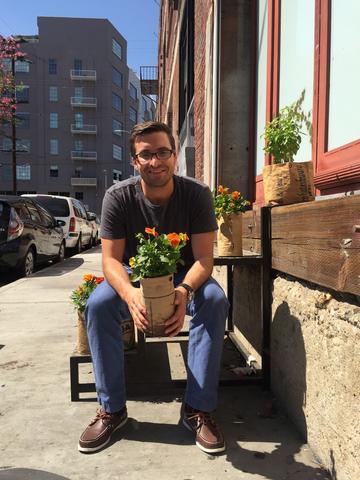 The frustration eventually led to the Urban Agriculture Company, Corzine’s now enormously successful business specializing in organic, easy-to-use grow kits of vegetables, flowers and herbs. After launching in January of 2016, the startup made seven figures in sales its first year, grew by 130 percent its second year and now has products in 5,600 retail stores in all 50 states.

“Urban Agriculture is what I like to call an accidental success,” Corzine says. It’s also the result of hard work, a keen understanding of customers and a staff connected with modern technology.

In his early horticultural efforts, Corzine found a confusing array of hydroponic systems, vertical gardens and tiny grow kits, but nothing that appealed to him: A simple, self-sustaining kit for novice gardeners with limited space. At the time, he was working in product development at a well-known, high-end candle company founded by his father. He decided to use his expertise to build his own kits.

He tracked down a company that turned giant sacks of organic soil into manageable 4.5-quart bags. He worked with a non-GMO seed company in the Netherlands. He found a business in India that repurposed bulk tea bags into stylish containers. Every Friday after work, he and his then-girlfriend/now-fiancée made grow bags to sell at farmers markets, where the bags were popular – not with urban gardeners as Corzine had hoped, but with customers scooping them up as gifts.

“We accidentally stumbled on a gift product, and the irony is that I had been working in the gift world for five years and didn’t see the writing on the wall,” he says.

Through Kickstarter, he targeted the gift market, raised money to make 600 kits, threw a party and invited friends to assemble and load them into a U-Haul. He sold them at a massive swap meet the next day, selling out in three hours.

“It was a wild hit,” he says. The following Monday, he quit his job.

But the company’s rocketing growth was causing headaches for Corzine. Communication among his expanding departments – sales, inventory, production, shipping – was clunky, and he had no easy way to onboard employees and protect customer data. He also had no time or money to build a complex system.

Then he turned to Microsoft 365 Business, a solution designed for small businesses to empower teams, safeguard company data and simplify IT management. His staff now collaborates in real time on Microsoft Teams, a hub for teamwork that gives him a snapshot of communications and his business no matter where he is.

“Teams solved all my problems with one easy-to-use program,” he says. “I use it to make sure the departments are on the same page and asking each other the right questions. And because we have it on our phones and laptops, we can identify pain points of the day before we get to work.”

Onboarding employees and managing mobile devices is now a cinch for Corzine, who can easily configure security settings, push updates and wipe company data off a phone the minute an employee leaves. The cloud-based technology has helped him scale Urban Agriculture from two people working in a 6-by-6-foot closet to a staff of 25 to 55 people running an 8,000-square-foot warehouse.

“I travel four-and-a-half months out of the year and I can control my entire business from my phone,” he says.

Urban Agriculture has been so successful that it recently acquired a seasoned CEO – Chad’s father Gregg Corzine – whose goal will be turning the family-run business into a $10 million company.

“How do we go from startup to grownup is the phrase I like to use,” Chad Corzine says. “It’s been exciting and a lot of fun.”