How the Big Three forgot Accounting 101

EAST LANSING, Mich. — The Big Three were so driven by short-term profits that they forgot – or ignored – basic accounting practices that could have guarded against production decisions with long-term damage, according to an award-winning study by Michigan State University and Maastricht University in the Netherlands.

Essentially, the domestic automakers built far more vehicles than they needed while failing to appropriately account for the costs of excess capacity or the damage the overproduction would have on their reputations. 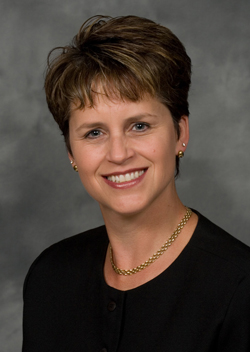 “I was surprised they were not following fundamental accounting practices like we teach in our introductory accounting classes,” said Karen Sedatole, MSU associate professor of accounting. “They were basically fooling themselves into thinking that, by making more cars, the true cost of one car goes down. For the most part, it doesn’t.”

From 2005 to 2006 – several years before the auto bailouts – the researchers did field interviews with managers from one of the domestic automakers and collected a wealth of production data on the entire North American auto industry.

What they found was a culture of emphasizing short-term gain over long-term brand stability at General Motors Co., Ford Motor Co. and Chrysler Group LLC.

By building more cars than the market demanded, domestic automakers could better compete with their foreign counterparts on the hours-per-vehicle metric used in the influential Harbour Report and widely considered an indicator of automotive efficiency. Increasing production also allowed them to keep significant and rising costs of excess capacity off the Income Statement and on the Balance Sheet in the form of inventory. This practice, although acceptable for financial reporting purposes, is contrary to good accounting practices from a management decision-making perspective.

By doing this, the automakers made it appear as though their costs-per-vehicle were lower and their profits higher. Such behaviors are not uncommon for firms facing pressure from stockholders to boost operating profit and pressure from the public to justify large bonuses to executives. Sedatole characterized all these factors coming together as the “perfect storm.” 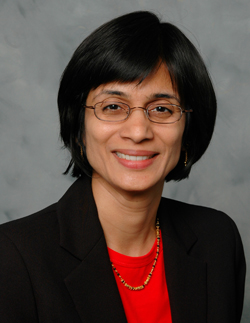 Krishnan said the problem was worsened by high turnover in the management ranks. “The fact is, five years from now a certain manager may not be working here, so he needs to make his production numbers today so his analysts are happy, his investors are happy, his customers are happy and he makes his bonus,” Krishnan said.

In the field interviews, many managers indicated they knew the short-term strategy would hurt their company’s brand image, or reputation, in the long-term, but could not alter the culture. “It was something they had an intuition about, but it was like a big moving train that no one could stop,” Sedatole said.

As a result, the automakers were left with an excess supply of vehicles they had to sell by offering huge incentives to consumers, a costly endeavor that also exacerbated the decline in brand image.

Since the industry crisis of 2008-2010, which led to the bailouts, the automakers have reduced some excess capacity, the researchers said. But as long as the automakers still can exceed market demand for short-term gain, Krishnan believes they will continue to do so.

“The point is, they can stop doing this – it’s just a question of wanting to stop doing it,” Krishnan said.

To the extent that other industries show the same “perfect storm” characteristics – excess capacity, internal and external incentives to overproduce, and the willingness to offer customer concessions to absorb the unwanted inventory – they could fall into the same trap of harmful overproduction, Sedatole said.

The study, which appears in the journal Contemporary Accounting Research, was recently named the paper with the greatest potential impact on practice by the Management Accounting Section of the American Accounting Association.