*Dietary supplements fail to prove of any benefit*

If sales figures are any guide, Americans love to take vitamins, minerals, and other dietary supplements.

The National Institutes of Health reports that supplement use has risen substantially over recent decades. By 2000, about half of adults were taking at least one supplement and sales had reached the $20 billion mark.

But do they do any good? Jaakko Mursu, a researcher in the University of Minnesota’s School of Public Health, wanted to know.

“My colleagues found earlier that supplement use in Iowa women was common,” Mursu explains. “We wanted to explore further and find out if they have any effect.”

Drawing on data from 38,772 women in the Iowa Women’s Health Study, Mursu and his colleagues examined the relationships between use of 15 supplements and mortality from all causes between 1986 and 2008. The volunteers, who were 55 to 69 years old in 1986, reported their supplement use three times: in 1986, 1997, and 2004. The researchers also recorded deaths through December 31, 2008.

In examining each supplement separately, Mursu’s team found almost no evidence that any lowered the risk of death. For example, compared to nonusers, the absolute risk was a few percent higher for those who took these supplements:

One bright spot was calcium, which was associated with a 3.8 percent risk reduction. 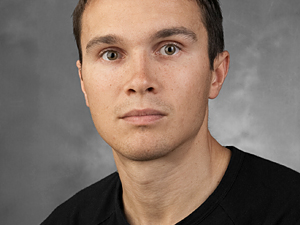 A study led by Jaakko Mursu found no evidence that most commonly used dietary supplements reduce the risk of death. Image credit: University of Minnesota

But the association of iron with a higher death rate drew the researchers’ attention because a large number—about 7 percent—of the volunteers took the mineral, and the risk was dose-dependent.

The iron could well be harmful in itself, but it also may be masking an underlying disease.

“Supplemental iron is often used to treat anemia, which could be a result of, for example, chronic disease,” Mursu explains.

In fact, the observational study doesn’t prove that iron or any other supplement actually caused higher or lower mortality. Its main value was in pointing to fruitful areas for further research, Mursu says.

“Supplement makers are not required to show a benefit, or even the safety of the product,” he says. “We are not against supplement use, but it has to be justified. For instance, in pregnant women, if their folic acid or iron levels are low, that is a good reason for supplements.”

But in general, his main message is that there’s no evidence for benefits.

“The biochemical roles of vitamins in the human body were figured out in the 1940s-1970s. There was almost a consensus that if a small amount is good, more is better. But this does not seem to be the case. In some studies, some of the supplements have even been found to be harmful.

“I would hope people would reconsider whether it’s necessary to use those supplements. A lot of things can be toxic in high enough doses, especially if combined with long-term use.”

Mursu performed the research as a postdoctoral fellow in the School of Public Health (SPH). His colleagues in the study were Kim Robien and Lisa Harnack of SPH; David Jacobs of SPH and the University of Oslo, Norway; and Kyong Park of Yeungnam University, South Korea. Mursu is affiliated with the University of Eastern Finland. The study is published in the Oct. 10, 2011 issue (vol. 171, No. 18) of Archives of Internal Medicine.