A three-nation clinical trial found that a vaccine can safely help the vast majority of HIV-positive women produce antibodies against the cancer-causing human papillomavirus, even if their immune system is weak and even if they’ve had some prior HPV exposure.

PROVIDENCE, R.I. [Brown University] — HIV-positive women respond well to a vaccine against the human papillomavirus (HPV), even when their immune system is struggling, according to newly published results of an international clinical trial. The study’s findings counter doubts about whether the vaccine would be helpful, said the Brown University medical professor who led the study. Instead, the data support the World Health Organization’s recommendation to vaccinate women with HIV.

HPV causes cervical and other cancers. The commonly used HPV vaccine Gardasil had not been tested in seriously immune-suppressed women with HIV, said Dr. Erna Milunka Kojic, associate professor of medicine at the Warren Alpert Medical School of Brown University and The Miriam Hospital. Despite the WHO recommendation, she said, skeptics have wondered whether the vaccine would be safe and helpful for women with weakened immune systems who were already likely to have been exposed to HPV through sex. Vaccines are often less effective in HIV-positive people. 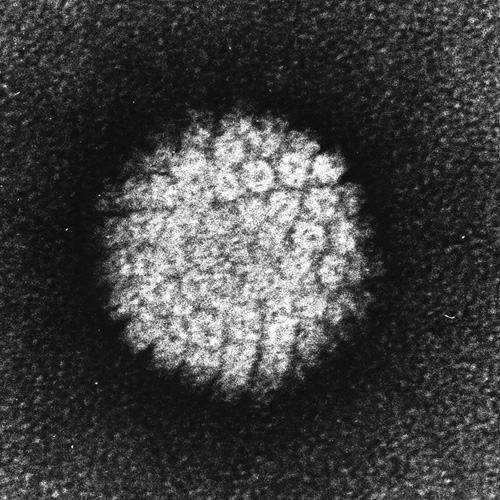 HPV vaccine also helps immunosuppressed people Although the World Health Organization recommends that women with HIV be vaccinated against human papillomavirus, there was a question whether the HPV vaccine would be helpful. A new study answers the question: Yes. Image credit: HPV image from the National Cancer Institute

To address that debate, Kojic’s study, dubbed “AIDS Clinical Trials Group Protocol 5240,” measured the safety and immune system response of the vaccine in HIV-positive women aged 13 to 45 with a wide range of immune statuses. In the vast majority of the 315 volunteers who were vaccinated at sites in the United States, Brazil, and South Africa, the vaccine built up antibodies against HPV and posed no unusual safety issues during the 28 weeks they were each involved.

“The vaccine works for HIV-infected women in terms of developing antibodies,” Kojic said.

Co-author Dr. Susan Cu-Uvin, professor of public health and of obstetrics and gynecology at Brown, said women with HIV are especially susceptible to cervical cancer from HPV because their weakened immune systems are less able to clear the virus. That makes vaccinating HIV-positive women especially important, so long as it’s safe and they respond.

Response across the board

To investigate that response in the context of HIV, the study grouped women by their CD4 cell count, a measure of immune system health. Group A had CD4 counts above 350, group B rested between 200 and 350. Group C was composed of women with counts below 200, the defining level of AIDS for which response to an HPV vaccine had not yet been studied. 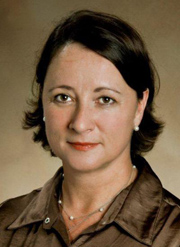 Dr. Erna Milunka Kojic. “This is a very safe vaccine. It doesn’t have any systemic side effects among these women who are already taking medicine for other conditions.”Image credit: Brown University

Gardasil is a “quadrivalent” vaccine, in that it protects against four types of HPV (6, 11, 16, and 18). Each group in the study, therefore, had four measures of “seroconversion,” or the buildup of a significant army of antibodies against each type of HPV. The researchers determined that seroconversion in at least 70 percent of patients for each HPV type would define success.

They exceeded that mark in every group for every type, according to the data published in advance online in the journal Clinical Infectious Diseases.

Seroconversion rates were clearly lower for women with the weakest immune systems, but still high enough to be worthwhile, Kojic said. And although some of the women in the study had already been exposed to at least one type of HPV, only 1 in 25 had been exposed to all four, suggesting that even older, sexually active women can benefit from vaccination.

The extent of the benefit, she acknowledged, is not yet clear because the trial did not measure the vaccine’s efficacy in preventing cancers. It only measured safety and the number of patients who had the desired immune system response. But that response has been shown to be effective in other studies of other populations of women.

What is clear from the study is that the vaccine produced no more side effects or problems than any vaccine typically does.

“Comparing vaccine reactions, this is a very safe vaccine,” Kojic said. “It doesn’t have any systemic side effects among these women who are already taking medicine for other conditions.”

Kojic said she hopes that by confirming that women with HIV are responsive to the vaccine without unusual adverse effects, more doctors will vaccinate HIV-positive patients.

The study was funded by The National Institutes of Health (grant: UM1AI1068636). Kojic and Cu-Uvin reported no conflicts of interest but some co-authors, including Saah, who works for Gardasil-maker Merck, disclosed ties to the company.