Study shows how they aided southern blacks during Reconstruction

COLUMBUS, Ohio – New research provides the strongest evidence to date that the race of a political officeholder can have a significant effect on policy – at least historically.

The study showed that during the Reconstruction period after the U.S. Civil War, southern counties with black officeholders had a lower literacy gap between blacks and whites and had more blacks earning money as tenant farmers than did counties without blacks in office. 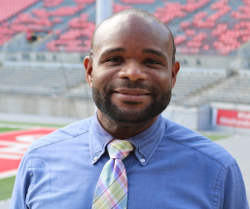 Results showed that black officeholders raised county revenues more than did white officeholders, which resulted in better education for blacks and more opportunities for them to earn income as farmers.

“The effect of politicians on the lives of blacks was acute – black officeholders during Reconstruction mattered,” said Trevon Logan, author of the study and professor of economics at The Ohio State University.

Just how much they mattered could be seen when Reconstruction ended abruptly in the 1870s and black politicians were swept from office.

“When blacks are out of office, the gains are out as well,” Logan said. “The positive effects for blacks disappear.”

After the Civil War, about 1 million African Americans received the right to vote for the first time during the era known as Reconstruction. That led to more than 1,300 blacks holding offices ranging from local school boards to the governor of Louisiana between 1866 and 1880 in the South.

Logan looked at county-level data from the 1870 Census (when Reconstruction was in force) and in 1880 (when it had been overturned), as well as electoral return data. Information on black officeholders came from a dataset created by historian Eric Foner.

One of the most important impacts local politicians can have is on tax revenue. Logan found that each additional black politician in a county increased per capita tax revenue by more than 20 cents, which exceeded a laborer’s hourly wage at the time. This held true even accounting for various other factors that could have affected the tax increases, such as a majority black population in the county.

“Black elected officials had a large and significant causal effect on local public finance,” he said.

Those tax increases disappeared as soon as blacks were no longer in office. Counties that had black politicians saw their per capita tax revenue drop from $1.56 in 1870 to 89 cents in 1880. But taxes for counties without a black politician actually went up slightly, from 96 to 98 cents.

Why did black politicians want higher taxes? Logan examined two policies that nearly all black politicians agreed on during Reconstruction: better education for blacks and the opportunity to own land for farming.

After the Civil War, plenty of land in the South owned by whites was suitable for agriculture, but was not being used. One goal of black officeholders was to get these landowners to sell to African Americans for farming, Logan said.

By raising taxes on the land, black officeholders hoped to persuade the white landowners to sell. That didn’t happen, but there was still a gain for blacks.

“Black officeholders really wanted to change land ownership, but what happened was that the owners put their land into production,” he said.

Still, many blacks became tenant farmers on these lands, which improved their economic conditions significantly.

Each additional dollar of per capita tax revenue increased the share of tenant farming by 4 percent, results showed.

“It didn’t work out the way black officeholders wanted it to, but it does have a beneficial effect for blacks at the time,” Logan said. “They had much better terms as tenant farmers than they did as sharecroppers.”

Logan said public education was the largest impetus for tax policies advocated by black politicians. To see if their efforts to improve education were successful, he compared black and white literacy rates in counties that had black officeholders with those that did not.

Logan examined literacy rates of those age 21 and older in 1900, who would have been of school age during the time when blacks held office. Results showed that the literacy gap between blacks and whites closed by 7.6 percent for those people exposed to black politicians.

“That’s a big change, and it can be attributed to the efforts of black politicians,” he said.

Logan said it is difficult to tell if black politicians today matter in the same way as they did in Reconstruction.

“They certainly might matter, but it would be very hard to study today. Reconstruction offered a unique opportunity to study how black officeholders had an impact on policy. We couldn’t do that kind of research today,” he said.

The study appears on the website of the National Bureau of Economic Research. As a working paper, it was not peer-reviewed.