Getting a tax refund from the federal government at the end of the year may not always be the best option for lower-income populations, according to the research from Harris School economist Damon Jones.

About 80 percent of Americans who file taxes receive money back—income that was over-withheld throughout the year—said Jones, who studies the intersection of public finance, household economics and behavioral economics. On average, the IRS estimates that taxpayers who receive these refunds get back about $1,000 every year. That average is about $3,000 this year, thanks to temporary stimulus efforts.

Getting that cash back might be a pleasant surprise to affluent demographics, but Jones’s latest research suggests that those refunds may not always be helpful to lower-income populations. After studying why the majority of taxpayers typically choose high withholding rates, he found that U.S. tax policy predisposes many poor families to receiving a one-lump sum when they may have been better off receiving that money throughout the year. 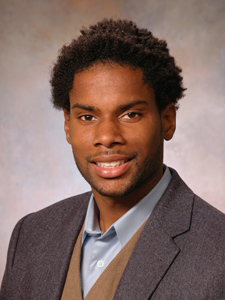 Damon Jones, assistant professor at the Harris School for Public Policy Studies, has found in his research that many Americans don’t mind overpaying on their taxes. Image credit: University of Chicago

“For people who have money in the bank in a savings account, that cost is very small because in the case of an emergency, you have other sources of money,” he said. “But if you’re living paycheck to paycheck, your only alternatives may be to borrow on a credit card and pay interest after the fact.”

The current U.S. tax system was adopted in the 1940s to help pay for World War II, when the government implemented a pay-as-you-earn tax system that favors overpayment. “It actually increased compliance,” Jones said. “If you have to file your taxes to get some money back, you’re more likely to share information about your earnings.”

There are a number of reasons why many taxpayers don’t mind overpaying, he added. For one, it can lessen the risk of having to owe the government money at the end of the year. Other supporters see over-withholding as a forced saving mechanism that takes money out of the paychecks of people who would otherwise spend it. “One check is very salient,” Jones said. “An extra $20 a week perhaps falls through the cracks and falls into the cash register.”

But there’s also a more passive reason this happens, Jones argues in a recent working paper: inertia. Looking at four separate case studies, he concluded that tax policies in the U.S. generally push individuals toward overpaying and getting a refund at the end of the year. For instance, if a new employee doesn’t fill out his or her W-4, the employer will designate zero allowances for them, which will likely result in an income tax return. Another example could be that someone who has children might not update their withholding status immediately, and therefore get a larger tax credit back at the end of the year.

By waiting for this return, Jones is concerned that lower-income populations are essentially giving the government a zero-interest loan with money that they could be spending. Many even take out and pay interest on “refund anticipation loans” that predict how much they will get back from the government if they need it sooner.

Figuring out how many over-withholders fall into that category and exactly how detrimental it is to their financial livelihoods is the challenge of Jones’s forthcoming research—he expects to have preliminary findings later this year. “We can’t assume that just because everybody is getting refunds, it’s because they’re better off with refunds,” he said. “There are people who prefer this, but it’s dangerous to jump to the conclusion that this is everyone’s preference.”