‘Harmless’ cheating in the lab linked to misbehavior in real life

Almost daily we hear about someone who has cheated to get ahead—students using a study app to get answers for a final exam, two more auto companies caught fudging on emissions data, and Facebook employees fired for taking private user data for the purposes of stalking.

These acts are costly to society, prompting much research to better understand determinants of lying, cheating and dishonesty. This includes a new study from the University of Michigan and the University of Zurich that connects cheating for financial gain in the lab with misbehavior in school. 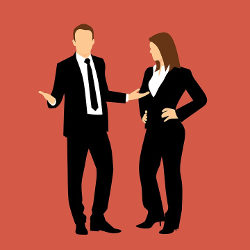 “Several studies have documented relationships between behavior in the lab and behavior in the real world,” said Alain Cohn, assistant professor of information at the U-M School of Information. “We extend this literature by showing that there is also such a relationship in the domain of cheating for personal financial gain. Thus, the knowledge generated from lab experiments on cheating has the potential to generalize to other situations.”

The study is forthcoming in The Economic Journal.

The researchers asked 162 middle and high school students from eight classes in two Swiss schools to record results from flipping a coin in a private setting with no observers present. Each time the coin came up as heads, the students got to keep the money.

The researchers then asked teachers to report student behavior in class on three measures: disruptiveness, noncompletion of homework and absenteeism.

The result? A great number of students took more coins than statistics suggest should have been possible, and they often were students that misbehaved at school.

“A person who claims to have won on every single coin flip has likely cheated as the chance to win 10 coin flips in a row is less than 0.1 percent,” said Michel Maréchal, associate professor of economics at the University of Zurich. “The most likely outcome of an honest person is to win every other coin flip, that is, five out of 10.”

Students took nearly 63 percent of the coins in the envelopes, which researchers estimate means that nearly 26 percent were misreported. Female students were more honest than males, and middle school students were more likely than those in high school to cheat.

The researchers found that the level of cheating was positively associated with the three school behaviors. Subjects who took more than five coins scored 72 percent higher on disruptiveness in class, 69 percent higher on noncompletion of homework and 61 percent higher on absenteeism relative to the other subjects.

“Our results suggest that we can use controlled lab experiments as a tool to better understand different forms of rule violating behavior in the ‘real world,’” Cohn said.