Haitians Struggle with the Costs Associated with Crime

ANN ARBOR, Mich.— As violent crime continues to rise in Haiti, more households are helping their children cope with the trauma as well as deal with burdensome funeral and burial costs, a new University of Michigan report indicated.

Researchers released the new survey that looks at the economic costs of violent crime in Haiti. The report is the second in a monthly series that features longitudinal surveys of 3,000 households from August 2011 and July 2012.

“There is a risk that the silent poor are suffering a double burden that could set back development gains for generations,” said Athena Kolbe, U-M doctoral candidate in social work and political science and the report’s lead author.

The costs associated with crime include medical and nonmedical expenses, including lost wages.

Despite an increased international investment in restoring the capacities of the Haitian National Police, Haitians still struggle to access basic policing services, Kolbe said. Thus, many residents do not report assaults and property crimes because they feel nothing would be done about it or a bribe would be expected by police. 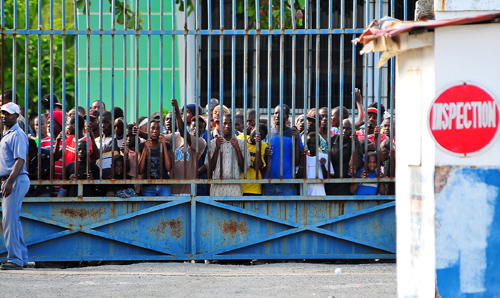 Some of the findings were: