Scholars say that, overall, gun violence can be reduced by instituting a risk-based approach to firearms possession and purchases

Recent mass killings in Isla Vista, California, and elsewhere have again raised concern among lawmakers and the media about the possible connection between mental illness and gun violence. A new study sets the record straight and recommends an evidence-based approach to limiting firearms fatalities.

A group of international scholars, including co-author Vickie Mays of UCLA, analyzed dozens of epidemiological studies on gun violence and mental illness and compared the results to media-fueled public perceptions about the dangerousness of mentally ill individuals.

The researchers found that mass murderers with mental health problems, while they receive a tremendous amount of media attention, are not typical of those who commit violent crimes, and the vast majority of those with serious mental illness do not engage in violent acts. 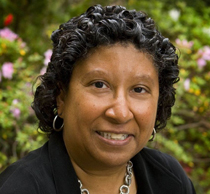 Still, the study authors stress, gun violence can be reduced by instituting policies at the federal and state level that prohibit firearms possession among individuals who display clear risk factors for violence.

The new research is published online in the journal Annals of Epidemiology and will be published in an upcoming print edition.

“We need more evidence-based policies to effectively prevent gun violence,” said Mays, a professor of psychology and health services who directs the Center for Research, Education, Training and Strategic Communication on Minority Health Disparities in the UCLA College. “We also need to expand mental health services and improve access to treatment — some people are slipping through the cracks. But mental illness is not the main cause of violence in society. Policies should focus more on limiting access to firearms for people with behavioral risk factors for violence during specific times when there is evidence that risk is elevated.”

An evidence-based approach to gun control

A history of violent behavior, especially with criminal justice involvement, and other behavioral indicators of risk are much stronger predictors of future gun violence than having a serious mental health diagnosis, the researchers say, echoing the findings of the Consortium for Risk-Based Firearm Policy, a group of national experts on gun-violence prevention and mental illness that released a set of federal and state policy recommendations in December 2013. 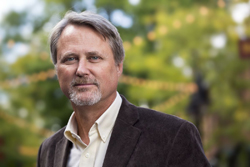 The researchers’ analysis supports additional recommendations by the consortium, including the development of state mechanisms allowing law enforcement officers to confiscate guns from individuals who pose an immediate threat to themselves or others, and to request a warrant for the removal of guns when the risk of harm is “credible,” if not immediate. In addition, the consortium suggests that family members and intimate partners be able to petition the court to temporarily authorize gun removal and prohibit gun purchases by individuals who pose a credible risk of harm to themselves or others.

On the federal level, the researchers’ findings support the consortium’s suggestion that the government clarify and refine policies dealing with gun disqualification for individuals who have been involuntary committed for mental health reasons, and state laws should be strengthened to prohibit gun purchases or possession following a short-term involuntary hospitalization. The consortium also recommended a clinically informed judicial process for restoring gun ownership rights following their removal based on evidence of risk of harm.

Those with mental illness far more likely to harm themselves

While improving mental health care in the U.S. is a critical goal, the researchers say, it is important to understand that improving such care will not solve the problem of gun violence in America.

“We do need better mental health care in America. An estimated 3.5 million people with serious mental illnesses are going without treatment every year,” said Jeffrey W. Swanson, a professor of psychiatry and behavioral sciences at the Duke University School of Medicine and lead author of the study. “But even if schizophrenia, bipolar disorder and depression were cured, our society’s problem of violence would diminish by only about 4 percent. A person with serious mental illness is far more likely to be a victim of violent crime than a perpetrator.”

Mental health disorders are much more strongly linked to self-harm or suicide than to violence against others. A very small proportion of people with serious mental illness pose a threat to others, the researchers stress, and gun violence and mental illness intersect only on their margins, they said.

Approximately six of every 10 gun deaths in the U.S. are suicides, which points to failures in both the mental health care system and firearms regulation, according to the authors.

“The public mental health system in most states is woefully inadequate — fragmented, overburdened and underfunded,” Swanson said. “It shouldn’t be harder for a person in a suicidal mental health crisis to get treatment than to get a handgun.”

The researchers also note that accurately predicting who will commit mass killings is extremely difficult, if not impossible. Citing a 2012 review of 73 studies on the accuracy of psychiatrists’ predictions of violent behavior in their patients, they said that prospective risk-assessment by mental health professionals is only slightly more accurate than flipping a coin.

Some states already authorize law enforcement agents to temporarily remove guns from homes in the case of domestic violence, say the researchers, who urge Congress and the states to take sensible steps to reduce gun violence.

“The right to bear arms is not unlimited and must be balanced with public safety concerns,” said Mays. “Our project was about using data to inform policies that will be most effective in reducing firearm-related injury and mortality, while respecting the rights of lawful gun owners.

“We’re asking, can we step back and use the best data to help rein this problem in?”

“In the current environment, where guns have become a radioactive political symbol, one can only hope that a risk-based approach to limiting firearms would emerge as at least one square inch of common real estate between those who are most concerned with the individual right to bear arms and those inclined toward greater regulation of guns in the public interest,” Swanson said. “We desperately need a place to start.”

Mays initially organized the team for this study as part of the American College of Epidemiology’s policy case study series.

Co-authors of the research are E. Elizabeth McGinty, assistant professor at Johns Hopkins’ Bloomberg School of Public Health, and Seena Fazel, a psychiatrist at England’s University of Oxford.