ARBURG selects IBM infrastructure to make better use of its data, stay ahead of the competition

Loßburg/Ehningen – 18 Dec 2012: IBM today announced that ARBURG GmbH + Co KG, a leading manufacturer of injection molding machines used to make plastic products, reduced its energy consumption for servers by 80 percent and for storage by 25 percent with its new IBM infrastructure.

ARBURG serves a broad range of customers across the automotive, electronics, packaging, medical equipment, and consumer goods sectors in some 100 countries worldwide. ARBURG’s IT environment grew along with its business, but was too complex and not able to support the manufacturer’s goals.

In collaboration with IBM, ARBURG upgraded to the new IBM zEnterprise 114 mainframe to drive down costs and accelerate its time-to-market in order to improve customer satisfaction — without compromising on product quality. 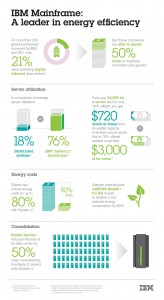 “With IBM zEnterprise, ARBURG is able to make better use of the large amounts of data generated daily across our core business areas of development, procurement, production, sales and services,” said Andreas Dümmler, Director of Information Systems, ARBURG. “Our company now has the insights and flexible infrastructure we need to better respond to the demands of our customers and bring our products to market faster.”

The company can leverage IBM Easy Tier technology built into the Storwize V7000 to dynamically and automatically migrate data between spinning drives and solid state drives (SSDs), moving the most-accessed data to SSDs for better performance and the less-used data to lower-priced, standard drives.

ARBURG says its IBM infrastructure will allow it to grow its SAP environment gradually without the need to frequently invest in new hardware — saving money, minimizing complexity and maximizing performance.

The company’s long-term strategy is to use its SAP solutions running on IBM technology to optimize processes and improve transparency and quality, leading to shorter product development cycles and reduced time-to-market.

About ARBURG
ARBURG GmbH + Co KG is one of the leading global manufacturers of injection molding machines for plastics processing. In line with its mark of quality “Made by ARBURG – Made in Germany,” the company produces 60 percent of all components in-house, and all its high-end injection molding machines for plastics processing are built at the company headquarters in Lossburg. Thanks to their modular design, the machines can be adapted very flexibly to the relevant customer and industry-specific requirements. For more information about ARBURG: https://www.arburg.com/en/

For more information on IBM, please visit www.ibm.com/smarterplanet. For more on zEnterprise go to www.ibm.com/systems/z.