David Evans, the head of Berkeley College, professor of geology and geophysics, and director of the Yale Paleomagnetism Laboratory, has spent decades tracing the movements of ancient continents.

The work has taken him across Africa, as well as Asia, Australia, and Europe. In these far-flung places, and in his lab, Evans and his colleagues look for the billion-year-old stories found within rocks: where they’ve been, what routes they took, and what they contain. Evans says those stories have enabled him to fill in crucial details of supercontinents such as Rodinia and Pangea, as they broke apart — and, in at least one instance, reconnected.

In recent months, Evans has collaborated on a number of discoveries, including the fact that California and Australia were once (or perhaps twice) located side-by-side. YaleNews talked with Evans about his latest work, Earth’s “middle-aged” period, and the state of research funding around the world.

How is the study of continental movement relevant for today?

Maps of the ancient world provide a fuller understanding of the Earth system at its longest timescales, with implications for biological evolution and climatic changes. But the maps are also useful for mineral resource exploration. All of our industrial gadgets, from cars to computers to mobile phones, are made from materials that originally were found by a geologist. Our global agriculture is fertilized by mineral deposits and harvested with metal machinery and tools. As the world continues to industrialize, the demand for mineral resources will expand.  Many of the world’s largest mineral deposits are in ancient rocks that formed during earlier supercontinent cycles. Our illustrations of the geographies of those landmasses are helping guide the minerals industry in making new discoveries.

Many people are familiar with the supercontinent Pangea, which formed about 300 million years ago. How many other ancient supercontinents existed, and why did they break apart? 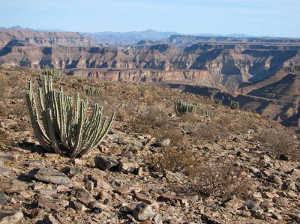 There is compelling evidence for the existence of supercontinents before Pangea. Distinctive kinds of rocks are formed today in places like Asia, where continents are colliding and making high mountains; versus east Africa, which is rifting apart and forming new oceans. We see those same distinctive rock types around the world in successive stages of Earth history: the collisional type at 1,900-1,600 million years ago (Ma), the rifting type at 1,400-1,200 Ma, the collisional type again at 1,100-900 Ma, and once again the rifting type at 800-600 Ma. This suggests the existence of supercontinents Nuna (1,600-1,400 Ma) and Rodinia (900-800 Ma). There might have been earlier supercontinents, but the geologic record from the first half of Earth history is less clear than more recent times.

Beneath the Earth’s crust, down through 3,000 kilometers, the planet’s mantle is superheated solid rock: so hot that it can flow at very slow rates (about how fast your fingernails grow). Heated from below by the Earth’s core, the mantle convects in patterns similar to those of a boiling pot, but at those extremely slow rates. Each supercontinental landmass, as it grows, becomes so large that it completely reorganizes the global pattern of mantle convection. What was once a downgoing portion of mantle (over which the continents aggregated) turns instead into an upwelling region (over which the continents are thereby dispersed, repeating the cycle and reassembling the next landmass by way of collisions).

Your latest work includes some surprises about continental movement. What did you find?

It’s been recognized for a long time that the center of Rodinia was probably North America, because it contains rift-related rocks of the appropriate age on all of its sides (meaning that other continental blocks moved away in all directions). For the past few decades, some Rodinia experts have proposed that Australia was directly connected to California, whereas others have suggested that South China lay in between. Recently, my lab group has explored an alternative and novel idea that blocks in central Asia are a better match for the so-called “missing link” between Australia and North America. It’s a suggestion that’s fruitful for further research, because the relevant regions in central Asia are geographically remote (thus relatively poorly known until recently) and are substantially modified by subsequent collisions, like jigsaw puzzle pieces that have had their edges shaved off. Thus, we hope that our new hypothesis will stimulate future research that will either bolster or refute the idea.

On the other side of Rodinia, my research group has recently discovered a surprisingly persistent connection between two building blocks of Africa (the so-called Congo and Kalahari cratons, respectively, in central and southern Africa) that were joined together at 1,100 Ma, rifted apart with a wide ocean between them, and came back together 600 million years later in roughly the same configuration as before. A craton is a stable block of the Earth’s crust. What is this “strange attraction” that reunites continental blocks after they have journeyed in separate ways across the globe? We speculate that within each supercontinental cycle, the continents are confined to a hemisphere, rather than being allowed to traverse the entire sphere of the planet. If they begin to stray too far away from the old supercontinental center, they become trapped in the ring of downwelling zones around that ancestral landmass, and can only move sideways, so to speak, in assembling the next supercontinent. Each supercontinent forms only a quarter of the way around the world from its predecessor, so repeated connections of pairs of blocks are to be expected. As an example, Australia is currently headed toward eastern Asia, with an ETA of about 80 million years from now. If and when it arrives there, it will be reunited with eastern India, in nearly the same configuration as they had as neighbors in Pangea, after a quarter-billion years of separation.

Much of your lab work deals with paleomagnetism. How are you able to determine the magnetic signatures of ancient rocks?

When rocks form, some of their iron-bearing magnetic minerals lock in a magnetic direction that acts like a frozen compass pointing to the ancient north or south pole. Each drifting continental fragment carries a history of its motions from rocks that have formed at different ages, preserving distinct magnetic directions along the way. My research involves field expeditions to far-away places that have preserved the most pristine rocks, undisrupted by subsequent tectonic disturbances, and dated using radiometric methods by my colleagues. In the field we collect small rock specimens that are brought back to my laboratory, where their magnetization is measured using sophisticated equipment. Our magnetometer is so sensitive that it could measure the compass direction of, say, an apple core. Using the field orientations, we virtually reconstruct the magnetic directions at the outcrop, and calculate the location of the ancient magnetic pole relative to that continental block. Charting the movement of the magnetic pole through time shows us the history of the block’s motion. There are about 100 paleomagnetic laboratories around the world, and about a dozen of these are devoted primarily to the reconstruction of pre-Pangea supercontinents.

In this case, the rocks you’re examining reflect back to Earth’s “middle-aged” period, before the rise of animals on the planet. Why is it important to understand this part of Earth’s geologic history?

For most of Earth’s history, life was entirely microbial. Imagine two billion years of coastal waves gently lapping onto treeless shores, and broad gravelly rivers spreading across barren landscapes under a slightly dimmer Sun. Microscopic life teemed in the ocean, and probably formed thin encrustations on land. This is our ancestral heritage. Then, with a geological suddenness that mystified Charles Darwin, and impresses us still today, primitive animals evolved. Around the same time, the planet’s climate was plunged into globally engulfing ice ages (so-called “Snowball Earth” episodes) that held their grip for millions of years at a time. Sorting out cause from effect for these events is an area of multidisciplinary research, and essential to knowing our deep history. My role is to give other Earth scientists geographic maps of the ancient continents and oceans so that they have a reliably illustrated backdrop for all the dramatic environmental and biological events unfolding on the stage.

What have you been able to learn in recent years about Africa’s geologic history?

Much of my research in the last decade has focused on the origination of the African continent as it is currently constructed, by collisions between its building blocks about 500 million years ago. I referred earlier to the surprisingly recurring connections between the central and southern blocks, the Congo and Kalahari cratons. Recently, my lab group has begun what I expect will be a multi-year project in Morocco, representing the third large piece of Africa, or West African craton, which is presently the least understood of all the components of the Nuna and Rodinia supercontinents. Recent dating of ancient volcanic rocks throughout West Africa has provided new opportunities for paleomagnetic research, which is where my lab group comes into the picture. We expect some of our first results in the next year or so. An added bonus of working in Morocco, at the edge of the Sahara desert, is that it gives one a chance to imagine vividly the almost lifeless landscapes of the Earth’s middle ages that we’re indirectly reconstructing.

Are geologists being impacted by national and international trends relating to research funding?

In the global scene of geoscience research, I think the U.S. is starting to fall behind. As an example, a recent trip of mine to Beijing was entirely paid for by the Chinese Academy of Geological Sciences. When I got there, I unexpectedly bumped into colleagues from Australia, also there on sponsored trips; and I discovered that other colleagues from America and Europe were either there during the previous few weeks or were about to arrive in the following weeks. My laboratory at Yale has a few students, whereas my Beijing colleague’s lab is able to support about 20. Some of the largest U.S. National Science Foundation grants in geoscience are about $1 million per year; the Chinese government is launching billion-dollar-scale programs to study the Earth and its history. If these trends continue, and I suspect they are not unique to my own discipline, the U.S. might want to reassess its role as a global leader in scientific knowledge development.