Ford SYNC, the award-winning, in-car connectivity system powered by the Windows Embedded Automotive software platform and co-developed by Microsoft and Ford, will become part of the museum’s permanent display. More than 4 million vehicles have been sold with Ford SYNC since its North American launch five years ago. And with availability expanding to Europe and Asia later this year, Ford predicts that number to reach 13 million by 2015. 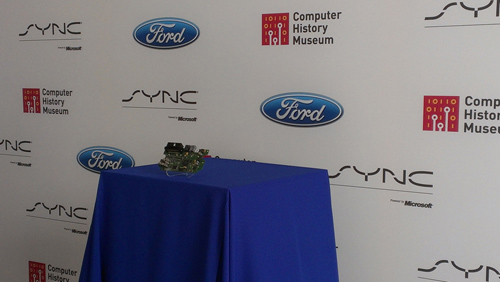 The Computer History Museum has formally added this Ford SYNC module to its permanent collection. Ford and Microsoft’s Windows Embedded Automotive teamed up in 2005 to develop what has become an award-winning, in-car connectivity system that is in more than 4 million vehicles worldwide. Mountain View, Calif. Image credit: Microsoft

Microsoft’s involvement in the automotive industry dates back to CES 1998, when the company and co-developer Clarion unveiled the AutoPC, powered by a predecessor to Windows Embedded Automotive. At a time when most people thought of onboard computers as only being used to run engine diagnostics, Clarion and Microsoft developed an after-market device about the size of a car stereo that enabled passengers to access email, driving directions, paging alerts, traffic alerts and their entertainment systems, using just their voices.

In 2005, Microsoft teamed up with Ford to change the way drivers interact with devices. It was one of the first instances of a technology vendor working directly with an automobile manufacturer. Two years later, the companies announced Ford SYNC, which helped set the bar for in-vehicle technology and provided a platform for features such as 911 Assist, Vehicle Health Report and SYNC Services, which is powered by the Microsoft Tellme speech recognition platform.

Kevin Dallas, general manager of Windows Embedded, considers the collaboration with Ford a prime example of how software is redefining long-held assumptions about the driving experience and helping the companies realize their shared vision of a connected car. 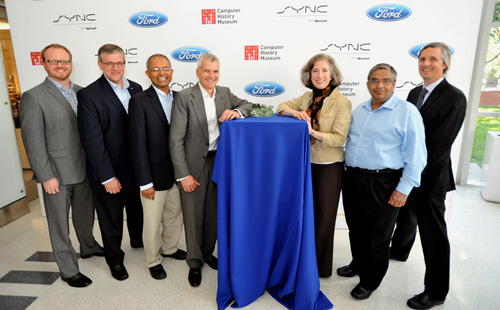 “Combining software and hardware technology into the driving experience has enabled drivers to stay connected without compromising their control of the vehicle or their focus on the road,” Dallas said. “Through our continued work together, Microsoft and Ford are developing new software and services that will transform something as routine as the daily commute into a scenario ripe with possibilities.”

Not to be locked in by model year release cycles, Microsoft and Ford are working together to provide car owners with a similiar experience as they expect from consumer electronics, enabling them to access information and applications on their smartphones or other mobile devices. As the ability to connect with devices and networks increases, Ford and Microsoft are also expanding the possibilities of Ford SYNC to provide greater value beyond the four wheels of the vehicle.

“The initial concept behind Ford SYNC was based largely on the driving experience, and giving the driver greater control of those things within their reach, while not losing focus on the road in front of them,” Buczkowski said. “The introduction of new technologies and exposure to new markets will help us enlarge our vision for the opportunities in store with the connected car.”