For This Doctor, Hope Amidst Fear is the Best Medicine

Dr. Alfredo Quiñones-Hinojosa may not be able to cure his patients’ brain cancer, but there is one thing that the internationally renowned neurosurgeon and neuroscientist can provide them with: hope.

During a recent visit to campus Quiñones-Hinojosa discussed his journey from a migrant farm worker to a doctor who researches the deadliest form of brain cancer, glioblastomas. His talk was sponsored by La Casa Cultural Center, the Latino Cultural Center at Yale. 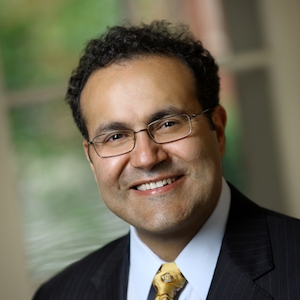 Quiñones-Hinojosa, who grew up during the economic depression in the 1980s, started working in his father’s gas station at the age of 5. By the age of 14 he was a migrant farm worker in the San Jaoquin Valley. Quiñones-Hinojosa eventually returned to Mexicali to finish school and came back to the United States in 1987 at the age of 19, working as a cotton picker, painter, and welder while living alone in a trailer.

“When I came to the United States I wanted two things: a pair of pink Ray-Bans and a pair of high-top leather Nike shoes,” joked Quiñones-Hinojosa to the large audience.

“The odds are overwhelmingly against me succeeding in this field as far as finding a cure or a better way to treat brain cancer. But so were the chances of me sitting here with you today, when I came to this country in 1987,” said Quiñones-Hinojosa, who became a U.S. citizen in 1997.

The doctor performs 250 surgeries a year, and, even when faced with the most grim prognoses, strives to “give my patients something that is more powerful than fear: I give them hope.”

Quiñones-Hinojosa commented that one of the most difficult parts of his profession is not the brain surgery itself. “The most difficult thing is the emotional connection that I form with my patients.”

The neurosurgeon told his audience about a patient whom he operated on during his residency. The young man — also the son of migrant farm workers — was a student at the University of California-Berkeley. Despite his best efforts, he was not able to save his life. “His tumor took not only his life, but the hope of his parents and siblings,” said Quiñones-Hinojosa, noting, “I poured my soul into saving his life. His death took a big toll on my life.”

“I can’t believe that such a beautiful organ like the human brain can have and house what I consider to be the most devastating cancer in the world, which is a glioblastoma,” commented the neurosurgeon, who added that he believes it is his duty is to train the future generations of brain surgeons. “I know that I will never have a significant impact on brain cancer, but I hope my students will.