Conflicts in the Middle East have made archaeological work increasingly difficult, but the work must go on, scholars said at a recent conference organized with the help of the Oriental Institute.

The task of digging ancient sites and studying artifacts always has been historically challenging, but recent regime changes and civil war further burden scholars who must maneuver through national bureaucracies and forge relationships for help. “By any stretch of the imagination, work during the last four years has become particularly difficult,” said Gil Stein, director of the Oriental Institute.

“Everything has changed across the Middle East. In some countries, fieldwork is impossible. In others, it’s very difficult to deal with the bureaucracies,” he added. “It’s a perfect sandstorm.” 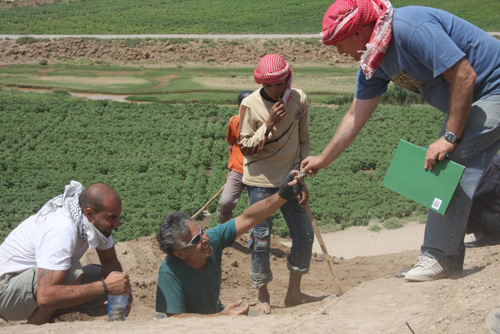 Gil Stein, director of the Oriental Institute (right), is leading an archaeological dig at Tell Zeidan, a prehistoric site in Syria inhabited by a culture that led to the establishment of urban civilization in the ancient Middle East. Image courtesy of Oriental Institute

Stein was among a dozen archaeologists speaking at the May 1 conference, “Surveying the Field: Conducting Archaeology in the Middle East Today,” in which researchers discussed successes and problems in the current climate.

Stein has done important work at Tell Zeidan in Syria, where he is investigating the earliest precursors of Mesopotamian urbanism. That work was halted after conflicts emerged in the country, which was declared to be in a civil war in 2012.

In nations in which there is armed conflict, archaeological sites are frequently damaged and artifacts looted, participants said. Looting and destruction were major problems in the wake of the Iraq war that began in March 2003. In recent years, however, archaeologists have been able to return, and Stein is doing work currently in northern Iraq. 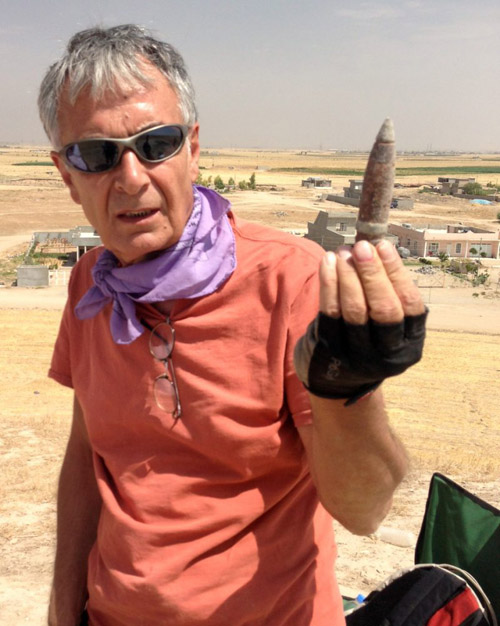 Abbas Alizadeh, senior research associate at the Oriental Institute, holds a piece of spent ammunition from the top of the mound of Surezha. The mound, located in the Erbil province of northern Iraq, had been used as an antiaircraft emplacement during the Iran-Iraq war. Image courtesy of Gil Stein/Oriental Institute

In areas where there is relative peace, archaeologists have problems because authorities who administer the sites are part of ministries that also include operations such as tourism with other priorities Stein said.

Nadine Moeller, associate professor of Egyptology, who is director of the Tell Edfu project in Egypt, said that archaeologists working in more marginal regions of the country have had to obtain an increasing number of authorizations from local and national authorities in the wake of nation’s revolution in 2011. Archaeological work does persist in Egypt and elsewhere in the Middle East.

Joy McCorriston, professor of anthropology at Ohio State University, discussed her work in Oman, for instance. By working with local authorities, she has been able to do research that helps people understand how their nation is connected to its ancient past. “But we have to remember that we are guests in these countries,” she said.

Donald Whitcomb, a research associate at the Oriental Institute, discussed his work in Palestine, where he and Palestinian colleagues are excavating a site near Jericho. The Khibat-al-Mafjar expedition has uncovered important new evidence of urbanism and trade from the 7th to 10th centuries. 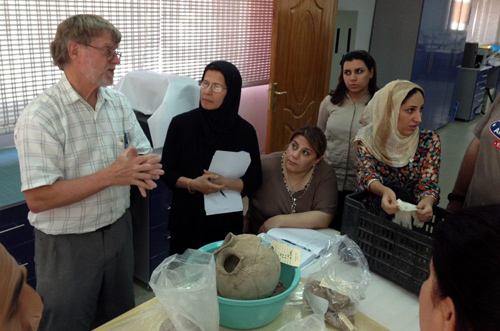 An important part of that project has been training students to use the latest technology tools of archaeology, he said.

Despite the successes, challenges are likely to persist throughout the region, said veteran archaeologist McGuire Gibson, professor of Mesopotamian archaeology at the Oriental Institute.

“I have always told my students that you have to work hard and get your work done while you’re there, because you don’t know if you will be back the next year,” he said. 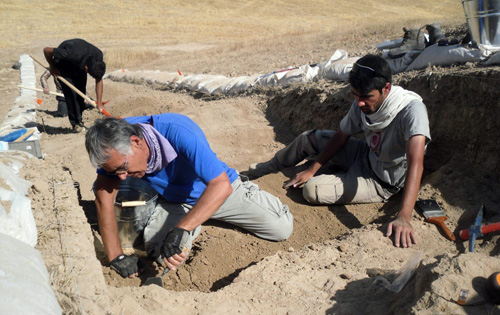 The conference, attended by more than 100 researchers and others, was organized by a committee that included UChicago graduate students Sarah Adcock, Josh Cannon, Kate Franklin and Melissa Rosenzweig.