Max Webster, an undergraduate who founded and directs Climate Voices, a Yale-based NGO working to publicize the human rights impacts of climate change, recently attended the U.N. Climate Change Conference in Bonn, Germany. He shared his experiences, frustrations and insights about the meeting and his own mission with the Yale Daily Bulletin.

Bonn, Germany is not a typical tourist destination. Unless you are paying a visit to the birthplace of Beethoven, you are likely to be there only to attend a meeting of one of the 17 United Nations’ institutions housed in the city’s official U.N. campus.

The United Nations Framework Convention on Climate Change’s (UNFCCC) second annual intersessional was the reason for my recent visit. The UNFCCC, signed at the Rio Earth Summit in 1992, is the central treaty and governing body working toward international actions to reduce global warming and to cope with whatever temperature increases are inevitable. 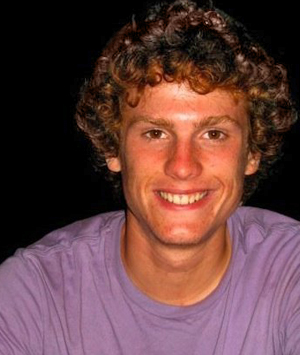 My mission was not easy. As a representative of Climate Voices — a new Yale-based NGO that aims to reframe climate change as an issue of human rights rather than of partisan politics or economics — I set out to discover why a process that has been around for so long has accomplished so little in terms of tangible adaptation, funding and legal recognition of a projected 200 million climate victims around the world. My hope was that through addressing these concerns, I would find answers about how Climate Voices could help bring human rights to the forefront of the climate change dialogue.

After two weeks amidst a sea of negotiators, NGO representatives and media professionals, I can attest that the experience was immensely valuable and that many of our questions were answered — and even more were raised. I will sum up the wisdom gained from Bonn in three lessons.

Lesson 1: “Progress” Often Occurs Outside of the Main Channels

After a few days of observing official negotiations move at a snail’s pace (the first week consisted primarily of debating agenda items), I decided to redirect my attention to the conference hallways. There I met other energetic delegates and NGO representatives willing to discuss the state of the negotiations openly and honestly, and who were eager to help push forward human rights language and objectives in the process. (One important disclaimer: I received constant updates on official business by fellow Climate Voices supporters Erin Schutte ’12 and Nico Barawid ’12 who, in their capacity as delegates for the Republic of Seychelles and the Philippines, followed and contributed to the substance of the negotiations.)

Highlights of my activities included: meeting with a group of attorneys specializing in human rights to analyze and dissect text that was on the negotiating table; hosting my own open meeting on the work of Climate Voices to elicit feedback from the international community; working with the youth constituencies from around the world to help plan how the youth climate movement can better focus its efforts on establishing the human face of climate change; and presenting with NGOs from Africa on how climate change impacts human health.

Through these meetings and workshops, I gleaned substantial insight about the UNFCCC process and where Climate Voices’ efforts might be of most use, developed several new ideas for future Climate Voices projects and met a great number of individuals from vulnerable countries seeking outlets to share their stories. So while the on-paper progress at Bonn was lackluster at best, the personal and organizational progress that I benefited from was tremendous.

Lesson 2: To Achieve International Results, Focus on the United States

If the UNFCCC process is going to be successful, then the U.S. must be a leader and not an impediment to the process. The current lack of U.S. support, which has proven to be a bottleneck in many of the most important issues on the table, seems not to stem from a lack of desire and ability on the part of U.S. negotiators, but rather a lack of political will back home. As deputy envoy Jonathan Pershing said repeatedly throughout the conference, anything he agrees to must face the political realities of a country that is largely apathetic toward climate change and which features a sizeable minority of so-called “climate deniers.” In essence, Pershing delivered the same message that President Obama did to members of the U.S. youth climate movement in April: Give me a popular movement for action on climate change, and I’ll give you results.

I came away from these meetings with the U.S. delegation reaffirmed in my belief that Climate Voices’ mission of helping to depoliticize and build support for climate justice internationally must start at home in the United States. I fully believe that conveying personal stories is critical to catalyzing this shift in consciousness.

Lesson 3: Human Rights Are Worth Fighting For

Perhaps the most important lesson I came away with is that establishing the human face of climate change is now more important than ever. I listened to the stories of delegates from island states speak about the threat they face if current levels of emissions continue and sea levels continue to rise; discussed with NGO and youth constituents in Africa how their homelands will no longer be able to sustain their communities; and heard from Christiana Figueres, the executive secretary of the UNFCCC, about how climate change is the human rights crisis of our generation. I was moved by the gravity of the issue and the lack of work being done to publicize these critical views.

If organizations like ours do not continue to spread these stories about the human impacts of climate change, then it is likely that very few people will hear them. I was surprised to learn that many UNFCCC veterans I spoke with in Bonn had not given more than cursory attention to the human rights issues surrounding the negotiations. Once presented with these images and information, however, they begin to discuss climate change in a new light — not merely as a typical issue of trade and governance, but as a matter of humanity. I am hopeful that Climate Voices will have similar impacts as we continue to spread our message back home. If everyone in the United States is at least cognizant of the human dimensions of climate change, then I will consider our job well done.

These lessons are just the beginning of an incredible amount of knowledge and insight concerning the intricacies of international climate negotiations and the role of human rights in that framework that I took away from Bonn. Most importantly, I left the small city with a sense of passion and inspiration that I would have never expected to find there.