Knowledge of effects could lead to better assistance for youths

COLUMBIA, Mo. – A father’s death can have long-term effects on a child’s later success in life and can be particularly harmful if the father passes away during a child’s late childhood or early adolescence, according to new research by a University of Missouri anthropologist. Recognizing the impact that a father’s death can have on adolescents could lead to improved counseling and assistance programs, especially for needy families in the developing world.

“Certain negative effects of a father’s death can’t be compensated for by the mother or other relatives,” said Mary Shenk, assistant professor of anthropology in MU’s College of Arts and Science. “The loss of a father can result in lower adult living standards for the bereaved children. Not only is a child emotionally affected, but the lack of a father’s earning power can cause children to get married younger or drop out of school in order to work.” 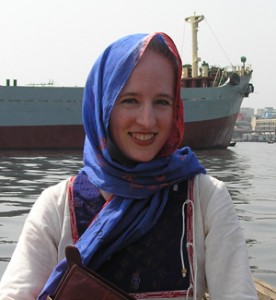 Recognizing the importance of fathers to adolescents could lead to improvements in aid programs for youths who have lost their fathers. If Shenk’s research were expanded to collect more data, she contends it could be used to help develop an evaluation system that would measure the degree of risk that children face from the loss of their fathers. In poorer regions of the world, a measurement tool could help aid organizations to prioritize children who have the greatest need of assistance.

“Earlier studies have focused on how the absence or death of a father affects children in the United States and other wealthier parts of the world,” Shenk said. “Our study looked at the developing world where father death is much more common.”

For her study, Shenk interviewed 403 older men and women of Bangalore, India about their families and examined the effects of death on their 1,112 children. The death of the father before a child reached 25 years old correlated with lower educational achievement, younger ages at marriage and smaller income later in life. However, the effects were significantly smaller for children who lost their fathers when they were younger than five years old or older than 20. Older children and adolescents between 11 and 15 years of age showed the largest decrease in later success.

“For young children who lose their fathers, other factors can take over to compensate,” Shenk said. “Infants and young children often don’t remember their lost fathers, and in many cases another family member may step in to care for them. Also, since young children are not yet in school, their educations don’t suffer as much.”

“Paternal Investment and Status-Related Child Outcomes: Timing of Father’s Death Affects Offspring Success,” was published in the Journal of Biosocial Science. Brooke Scelza of the University of California – Los Angeles was co-author.