COLUMBIA, Mo. – Shortly following the 9/11 terror attack in 2001, letters containing anthrax spores were mailed to news outlets and government buildings killing five people and infecting 17 others. According to a 2012 report, the bioterrorism event cost $3.2 million in cleanup and decontamination. At the time, no testing system was in place that officials could use to screen the letters. Currently, first responders have tests that can provide a screen for dangerous materials in about 24-48 hours. Now, researchers at the University of Missouri have worked with a private company to develop a new method for anthrax detection that can identify anthrax in only a few hours. 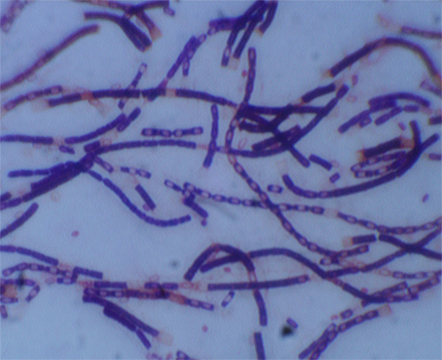 Anthrax bacteria are rod-shaped and transmitted through abrasions in the skin or through inhalation. Image credit: University of Missouri

“Normally to identify whether an organism is present, you have to extract the material, culture it, and then pick colonies to examine that might turn out to be anthrax bacteria,” said George Stewart, a medical bacteriologist at MU’s Bond Life Sciences Center and chairman of the Department of Veterinary Pathobiology and McKee Endowed Professor within the MU College of Veterinary Medicine. “Then you conduct chemical testing which takes some time—a minimum of 24 to 48 hours. Using this newly-identified method, we can reduce that time to about five hours.” 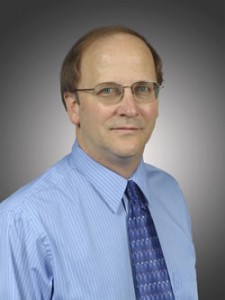 Stewart tested a new method for anthrax detection that can identify anthrax quicker than any existing approach. Image credit: University of Missouri

Using a virus known as a “bioluminescent reporter phage,” Stewart and graduate student, Krista Spreng, tested the phage at the MU Laboratory for Infectious Disease Research. The phage, developed by David Schofield at Guild BioSciences, a biotech company in Charleston, S.C., is injected in the sample causing anthrax to glow if present. The team also found that the method can detect low levels of anthrax bacteria and rule out false positives. The added benefit to this reporting system is its ability to show if anthrax is present and whether or not the spores are alive, Stewart said.

The next step for the research team at MU and Guild BioSciences will be to get the bioluminescent reporter phage approved by federal regulatory agencies so a product can be produced and distributed, Stewart said.

“In the years since the post 9/11 postal attacks, we haven’t had any bona fide anthrax attacks,” Stewart said. “That doesn’t mean that it’s not going to happen, we just have to be prepared for when it does occur again.”

The research, “Bacillus anthracis diagnostic detection and rapid antibiotic susceptibility determination using ‘bioluminescent’ reporter phage,” was funded by the USDA and published in the Journal of Microbiological Methods.