Studies have shown that facial width-to-height ratio (fWHR) is associated with testosterone-related behaviors, which some researchers have linked with aggression. But psychological scientist Eric Hehman of Dartmouth College and colleagues at the University of Delaware speculated that these behaviors may have more to do with social dominance than outright aggression. Hehman conducted the research while he was a graduate student at UD.

The researchers decided to examine the relationship between fWHR and dominance in the specific context of racial prejudice.

“Racial prejudice is such a sensitive issue, and there are societal pressures to appear nonprejudiced,” Hehman said. “More dominant individuals might care less about appearing prejudiced or exercise less self-regulation with regard to reporting those prejudices, should they exist.”

The researchers asked male participants about their willingness to express racially prejudiced beliefs and about the pressure they feel to adhere to societal norms. The results revealed that men who have higher fWHR (determined from photo of their faces) are more likely to express racist remarks and are less concerned about how others perceive those remarks. 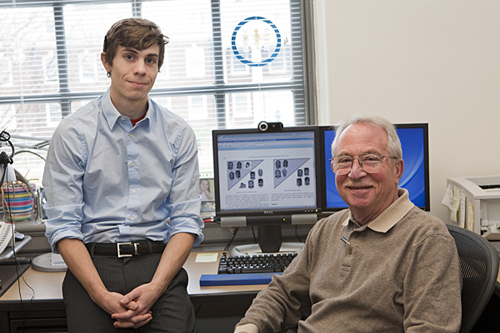 Importantly, these results did not show that the men were necessarily more prejudiced — men with greater fWHR did not score higher on measures that assessed implicit, or more automatic, racial prejudice. Rather, these men were simply more likely to express any prejudicial beliefs they may have had.

Results from a second study suggest that observers actually perceive and use fWHR when evaluating another person’s degree of prejudice.

Looking at the photos from the first study, a new group of participants evaluated men with wider, shorter faces as more prejudiced, and they were able to accurately estimate the target’s self-reported prejudicial beliefs just by looking at an image of his face. The results were confirmed in a third study.

The third study also showed that non-white participants, whose outcomes are more likely to be influenced by their race or ethnicity, were more motivated to accurately assess targets’ prejudice. This greater motivation, in turn, was associated with increased accuracy. The finding is consistent with the idea that people allocate their attention to stimuli that can influence their outcomes.

Together, these three studies add to a growing literature exploring how people perceive and accurately infer personality characteristics based on physical appearance.

“This research provides the first evidence for a facial metric that not only predicts important and controversial social behaviors, such as reporting prejudices, but can also be used by others to make accurate judgments,” Hehman said.

These studies may open up new avenues of research; Hehman and colleagues speculate that fWHR may be linked with explicit prejudice on a number of different dimensions beyond race.

In addition to Hehman, authors on the study include doctoral students Jordan B. Leitner and Matthew P. Deegan and Prof. Samuel L. Gaertner, all of UD’s Department of Psychology.