Many environmental and public health officials are concerned about the potential health effects of phthalates, which are common chemicals used to make plastics softer and more pliable. In the first study to examine what effect in utero doses of phthalates have on the reproductive system of mice, Brown University toxicologists found that extremely high doses were associated with significant changes, such as a shortened reproductive lifespan and abnormal cell growth in mammary glands.

The administered doses of MEHP, the chemical that results when animals metabolize the industrial phthalate DEHP, were much higher than any normal environmental exposure that people or animals would encounter, said Mary Hixon, assistant professor of pathology and laboratory medicine (research) in The Warren Alpert Medical School of Brown University and a study co-author.

“For these doses, you’d have to be eating the plastic or drinking the plastic,” she said. “The real risk is probably minimal for most people.”

But when toxicologists set out to determine the effect of a chemical on an organism, they often start with atypically high doses and work their way down to the levels where any adverse effects disappear. Until now, no one had done such a study on the effects of exposure to doses of MEHP in adult mice while they were still in utero. 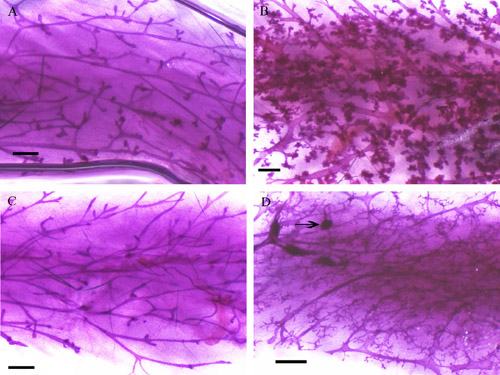 The new study published in advance online March 5 in the journal Reproductive Toxicology, therefore provides new basic insights into how the controversial chemicals could affect developing female reproductive systems. Because prior studies have associated certain phthalates with several health effects in humans, especially with male reproductive systems, the U.S. Environmental Protection Agency has said it will add eight phthalates to its “Concern List.”

To conduct the study, Hixon and graduate student Benjamin Moyer fed either pure corn oil or corn oil laced with three different concentrations of MEHP (100, 500 and 1,000 milligrams per kilogram of body weight) to pregnant mice in days 17 to 19 of their term. Then they looked for several effects in the mice and their female offspring as they matured over the next year.

Even at the highest doses, the parent and offspring mice appeared outwardly healthy. Maternal and pup body weights were normal at birth and the pups grew as expected. 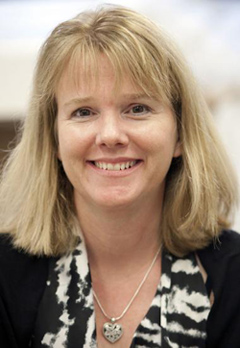 But when the MEHP-exposed pups grew up and bred in the lab, several reproductive changes became apparent compared to the mice that weren’t exposed. Those exposed to the 500 mg and 1,000 mg doses started estrus (being in heat) late, but then stayed in it for a longer time each month. Initially, Moyer noticed, the offspring mice exposed to the highest dose also delivered significantly larger litters of eight or nine pups than unexposed mice who typically bore five or six pups.

Over time, though, the most exposed mice were able to bear pups for less time. Mice exposed to the 1,000 mg dose in utero were no longer able to bear a litter a month earlier than unexposed mice.

The researchers also looked at other indicators of reproductive health, including egg follicle counts and key hormone levels. They found that highly exposed mice had more of some kinds of follicles than mice who weren’t exposed. Early in the shortened reproductive lives of the highly exposed mice, the researchers found higher levels of hormones like estradiol, but after a year, the estradiol levels of those mice were significantly less than in control mice.

By then, however, those higher estradiol levels had done some permanent damage. The mammary glands of highly exposed mice exhibited a visibly striking degree of abnormal cell growth. Hixon said the growth could be considered a precursor to cancer.

Hixon and Moyer said they can’t be sure what underlies all the changes in reproductive physiology that they observed, but they did look at gene expression in the exposed mice and found that among more than 80 genes whose expression was altered, a few pertain to reproductive hormone receptors.

The story the evidence from the paper seems to tell is that a high level of in utero exposure to MEHP causes female mice to have a shortened but more intense reproductive life, possibly because greater hormone levels induce an elevated number of follicles to release more eggs per estrus cycle. Their lifetime egg supply is therefore used up sooner and along the way their mammary glands end up significantly altered.

A question that Hixon said she’d now like to ask is whether doses of phthalates, combined with a known carcinogen, might result in something closer to cancer in exposed mice. For people and animals outside the lab, encountering low doses of a combination of such potentially harmful chemicals would be a more realistic exposure scenario.

“We don’t live in a bubble,” Hixon said.

The National Institute for Environment Health Sciences funded the research.