As the elders of a small hunter-gatherer community told the story of how their people came to be, University of Delaware assistant professor of art Jonathan Cox and Summer Scholar Sarah Driver sat and listened, intrigued by the tale.

Over the course of seven days, they learned firsthand about the Ese’eja (ess-a-eha) Nation, a community of three distinct villages living in the remote areas of Infierno, Palma Real and Sonene, Peru.

Cox, who recently completed a widely acclaimed “cultural mapping project” to document and preserve the Hadza hunter gatherers of Tanzania, sought to work with the indigenous Peruvian community, which had already, independently, begun a similar project.

“They are really taking the initiative to tell not only their children and their grandchildren but the world about the story of the Ese’eja people and how they live sustainably within the forest around the Amazon basin,” said Cox. “Our job is just to help them be their voice not just in Peru but internationally.” 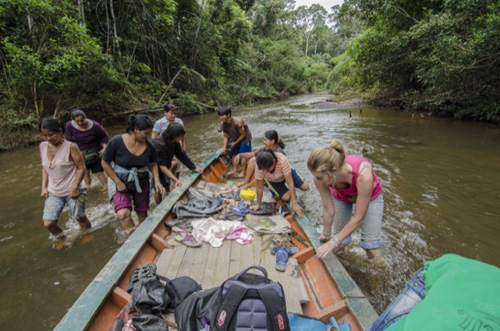 During the weeklong July trip, he and Driver traveled through the Amazon rainforest, slept in one-room huts and spoke to the people about their history and way of life.

Driver, a junior anthropology and visual communications double major from Darlington, Md., said she found the way of life intriguing and enlightening.

“It was so eye-opening seeing how people who basically have one room to live in can be utterly happy,” she said. “Instead of their house being their home, everything around them in nature is their home, and it was really good to see that such a different way of life can work.” 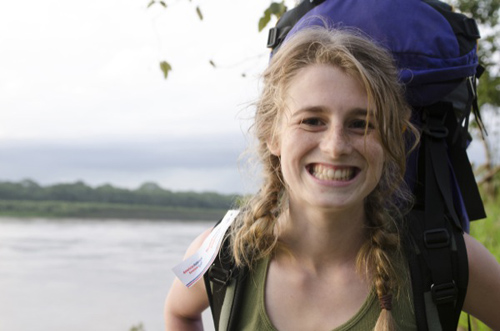 In addition to the community’s simple lifestyle, Cox said he believes the Ese’eja people’s ability to live sustainably is important to document, especially when the knowledge won’t necessarily be passed on after the elders die.

“This particular group of people live a unique way of life that we’ve forgotten, and to hold that knowledge that has been passed on for thousands of years is something important to share with the world,” he said. “Moreover, there’s so much that we as a Westernized society can take away from how these hunter gatherers live and how they interact with their environment.” 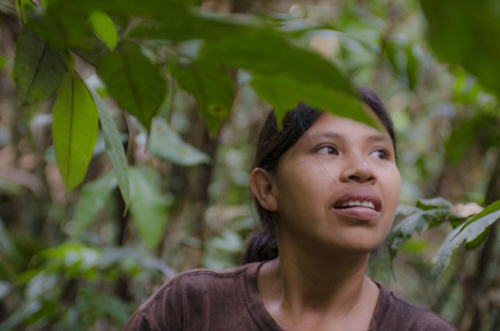 The Ese’eja Nation is currently writing letters of support for a variety of grants to fund their independent cultural documentation project, one of which includes National Geographic. If funded, Cox will return to Peru in May 2014 to further document the community.

Like his project in Tanzania, he plans to release a hardback book and also include a short film of the Ese’eja.

In addition, Cox said he has considered creating an alternative spring break opportunity for students to help him complete the initial stages of the project, in hopes that it will spur a deeper appreciation for the power and value of art.

“It’s important to show students what we as artists can do to promote social change, or environmental change, or bring about awareness to some cause that needs attention,” he said. “Art isn’t just about hanging something on the wall; it’s about making a difference in your community.” 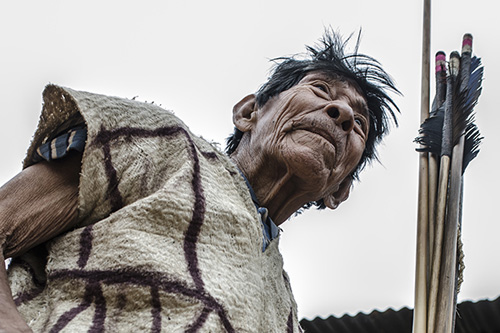 By traveling to Peru, Driver said the experience was more genuine than simply looking at pictures or reading about it. Additionally, getting the chance to see a society become more involved as one solid community within a developing country was exciting, she said.

If given the opportunity, Driver said she would like to return to Peru next year to study the Ese’eja further. Whether she goes or not, however, she said the trip has encouraged her to strongly consider doing anthropological work on hunter gatherer societies in South America after graduation. 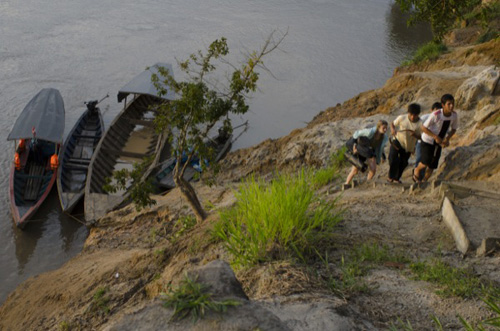