Earthquakes, ‘Marsquakes,’ and the possibility of life

A new study shows that rocks formed by the grinding together of other rocks during earthquakes are rich in trapped hydrogen — a finding that suggests similar seismic activity on Mars may produce enough hydrogen to support life.

Researchers from Yale, the University of Aberdeen, and Brock University studied rock formations around active fault lines in the Outer Hebrides, off the coast of Scotland. Their analysis appears in the journal Astrobiology.

“Previous work has suggested that hydrogen is produced during earthquakes when rocks fracture and grind together. Our measurements suggest that enough hydrogen is produced to support the growth of microorganisms around active faults,” said Yale geologist Sean McMahon, first author of the study. 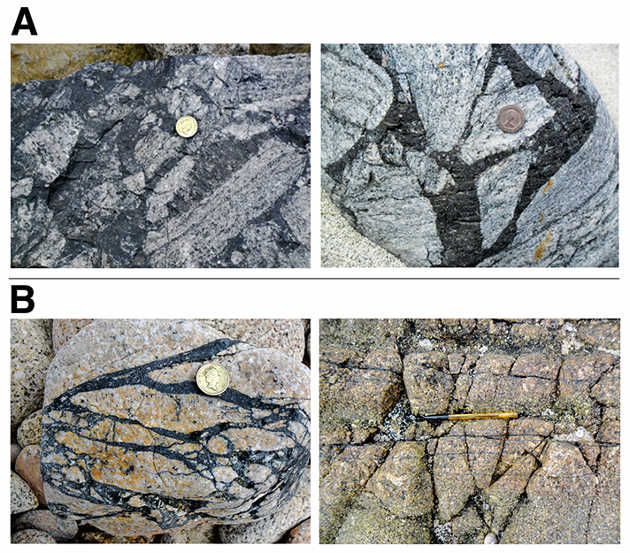 While humans and other animals get their energy mainly from the reaction between oxygen and sugar, bacteria use a wide array of alternative reactions to obtain energy. The oxidation of hydrogen gas, for example, generates enough energy for bacteria deep in the Earth’s subsurface.

“Mars is not very seismically active, but our work shows that ‘Marsquakes’ could produce enough hydrogen to support small populations of microorganisms, at least for short periods of time,” McMahon said. “This is just one part of the emerging picture of the habitability of the Martian subsurface, where other sources of energy for life may also be available. The best way to find evidence of life on Mars may be to examine rocks and minerals that formed deep underground around faults and fractures, which were later brought to the surface by erosion.”

Co-authors of the paper are John Parnell of the University of Aberdeen and Nigel Blamey of Brock University.

“NASA has plans to measure seismic activity on Mars during its 2018 InSight mission, and our data will make those measurements all the more interesting,” Parnell said.