For the latest installment of his Documents that Changed the World podcast series, Joe Janes takes a look at a small book that had a huge impact.

“Quotations from Chairman Mao Tsetung,” also known as Mao’s “Little Red Book,” was published in 1965 and became one of the most widely printed and distributed books in history. Publication ceased in 1979 following Mao’s fall from favor and death but started again sporadically in 1993.

During Mao’s heyday, Janes notes, “(T)he goal was for 99 percent of the population of China to read it; it was an unofficial requirement to own, read and carry it at all times during the Cultural Revolution.” 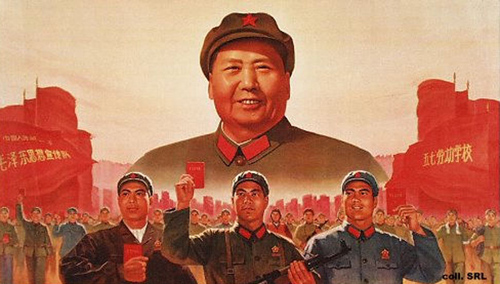 Janes, who is widening the definition of a document for the purposes of this podcast series, said he chose the book to explore not only because of its powerful effect on its era, but also because of the attraction we have for quoted wisdom.

“It’s an example of an entire society, really, that kind of hinged on a single work for its spiritual and cultural grounding,” he said. “There’s also something interesting about how much power a very few words can have, why quotations in particular are popular and what they’re used for — and how sometimes they are completely wrong,” such as attributing the old adage about the certainly of death and taxes to Benjamin Franklin. 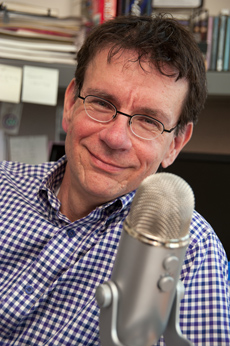 Mao didn’t write the book as an author might — its contents were culled from speeches over many years. Janes said as he learned about the book he was surprised by “the scale and scope of it, and how it affected and really overtook the Chinese publishing enterprise for a time, and how abruptly it ceased being important after Mao’s death.”

The story of Mao’s book also hints at China’s history of controlling information, “though of course they don’t have a monopoly on that — nor do we.”

The Documents that Changed the World podcast series is the brainchild of Joe Janes, a professor in the UW Information School. He uses the series to investigate the backstories and often evolving meaning of important historical documents, both famous and less known.

His podcasts are available on iTunes and on the iSchool website (along with transcripts), and UW Today is presenting them as an occasional series.

Janes continues to research and record new installments, and the series is now approaching its 9,000th iTunes download.