COLUMBIA, Mo. – Military veterans currently account for 8 percent of the national prison and jail population, according to the Bureau of Justice Statistics. However, it is unclear how many veterans are under community supervision or involved community-intervention programs, and little data exist that illustrates how veterans enter the criminal justice system. Now, new research from the University of Missouri establishes that alcohol and drug use, difficulty adjusting to civilian life, and economic disadvantages are main contributors to criminal justice involvement for veterans. Information from this research could help policymakers reduce arrests and prevent incarcerations.

“We need a better understanding of what factors might be contributing to veterans’ incarcerations,” said Kelli Canada, assistant professor in the MU School of Social Work. “In order to improve prevention efforts, it is important to examine why veterans are entering the system and being jailed, and we did that by exploring participant perspectives on what led to them getting in trouble.” 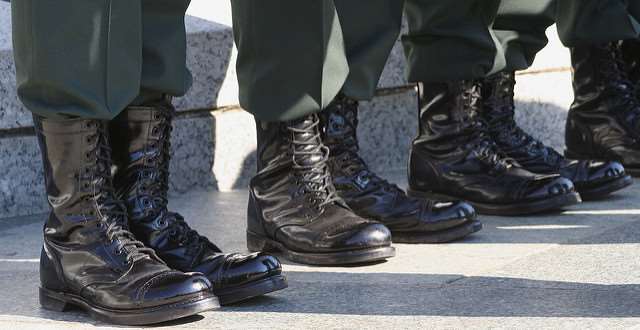 Canada worked with Clark Peters, associate professor of social work, to interview veterans who were on probation or parole about their perspectives of the causes and contributors to their criminal justice involvement. The researchers analyzed data within and across interviews to identify meaningful themes.

Alcohol and Drug Use

Although alcohol and drug use is quite common among those in prison, veterans reported distinct differences leading to their problematic use. Participants reported that their substance use was caused or exacerbated by trauma encountered in the military, difficulty adjusting to civilian life, and relational stress with friends and family.

During the interviews, researchers found that adjusting to civilian life was hardest for people who could not find meaningful work or yearned for structure and accountability inherent in military service. Veterans said they often struggled with considerable differences between military and civilian culture, and that this tension led to getting into trouble.

Participants attributed their criminal justice involvement to being homeless, without work or resources, or generally unable to pay bills and manage financial affairs. For some participants, adjusting to a new economic reality was a reason for economic hardship. Rather than adjusting to the differences in pay and lifestyle, some veterans took illegal actions, such as theft, to compensate for the pay gap.

“Knowledge gained from this study will help arrest-prevention programs that target military veterans with and without veterans’ benefits,” Canada said. “Understanding why veterans are getting in trouble will help policymakers and social workers help veterans navigate the personal and relational changes they experience as they transition to civilian life.”

“They teach you how to weather the storm, but they don’t teach you how to dance in the rain: Veterans’ perspectives on the pathways to criminal justice involvement,” recently was published in the Journal of Qualitative Criminal Justice and Criminology.

The School of Social Work is in the MU College of Human Environmental Sciences. Peters also has appointments in the MU Truman School of Public Affairs and MU School of Law.