What if the Ph.D. research becomes too complex for words? Dozens of candidates turned to the language of dance in the fifth annual national contest sponsored by Science Magazine. Diana Davis, a graduate student in mathematics, won the first-ever “Dance Your Ph.D.” prize in pure mathematics.

No idea what that means? It’s OK. She can show you.

Davis is one of the winners of the fifth annual “Dance Your Ph.D.” contest sponsored by Science Magazine. Her entry took the top prize in the physics/math category. Davis says she entered the contest partly because she wanted to show people what “math research” really means. 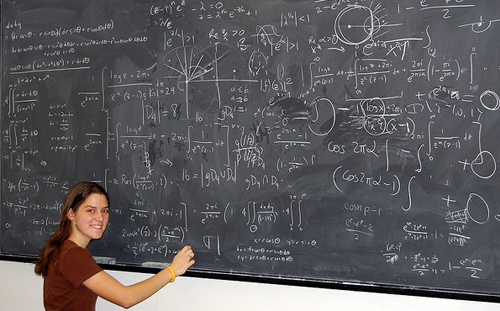 All about Bouw-Möller surfaces. “Most people have some idea of what biology or chemistry research would mean,” says Diana Davis, “but they don’t have any idea what math research is.” Image credit: Brown University