Despite First Debate Drubbing, Obama Can Rebound Against Romney

While Obama clearly lost that debate, his performance was not bad enough to sink his campaign, said Will Repko, whose debate teams won national championships for MSU in 2004, 2006 and 2010.

“It was probably the president’s worst performance in any of his debates up to this point in his political career,” Repko said. “But I don’t feel that either candidate up to this point has made the kind of gaffe that is irrecoverable.”

Repko is featured on MSU’s election page, which includes a list of political experts who are available for media interviews and short videos on topics ranging from the debates to political advertising to Michigan’s ballot proposals. See Repko’s videos here. 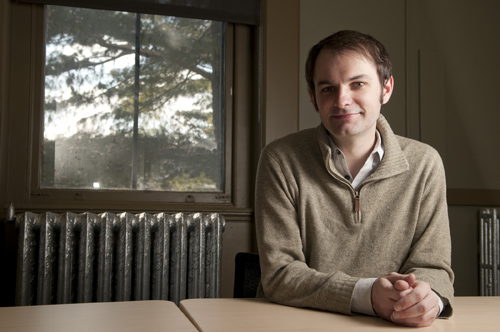 Obama, the Democratic incumbent, and Republican challenger Romney will square off Oct. 16 at Hofstra University in New York in a town hall format where audience members ask questions. The final debate, Oct. 22 at Lynn University in Florida, will focus on foreign policy.

Obama acknowledged he “had a bad night” against Romney Oct. 3 in Denver. The media has described the president’s performance as “listless” and Romney’s as “focused and aggressive.”

“The polls would suggest that Romney gained a lot of ground since the first debate,” Repko said. “Looking forward, I believe Obama will try to regain that momentum by trying to shine in a town hall format that lends itself to quick, reactive answers. He has a lot of press experience in that regard.”

Both Obama and Romney are “very charismatic” and “stronger debaters than many other presidential candidates we’ve seen in the past,” Repko said. But in today’s online culture, one major slipup – such as George H.W. Bush glancing at his watch in a 1992 debate against Bill Clinton – can seriously damage a campaign.

“More than anything else, the two candidates are looking to make sure that in this YouTube era, neither of them make an error that can get 100,000 hits the next day,” Repko said. “So I suspect they are working very, very hard on facial expressions, on not being too sweaty or nervous, and thinking about how they will handle a surprising or unusual question.”

“Appearing poised is very important,” he added. “We exist in an era where not messing up is almost as important as shining.”