The Stress Gradient Hypothesis holds that as stress increases in an ecosystem, mutually supportive interactions become more significant and negative interactions, such as competition, become less so. The idea has been hotly debated but is now backed by a review of hundreds of studies co-authored in Ecology Letters by Mark Bertness, professor of biology at Brown, who first formally proposed the hypothesis in 1994. The time has come, he said, to test its application and predictive value.

PROVIDENCE, R.I. [Brown University] — Ecology is rife with predation, competition, and other dramatic “negative interactions,” but those alone do not determine the course life on Earth. Organisms sometimes benefit each other, too, and according to the Stress Gradient Hypothesis, their “positive interactions” become measurably more influential when ecosystems become threatened by conditions such as drought. Ecologists have argued about the hypothesis ever since Brown University ecologist Mark Bertness co-proposed it in 1994; Bertness says a large new global meta-analysis he co-authored in Ecology Letters definitively shows that it is true.

The evidence, principally analyzed by former Brown visiting graduate student Qiang He of Shanghai Jiao Tong University in China, comes from 206 studies of 727 shifts of plant interactions amid varying degrees, or gradients, of stress on six continents. Examining the data from each paper and contacting original authors when necessary, He determined the overall trends across the many experiments. 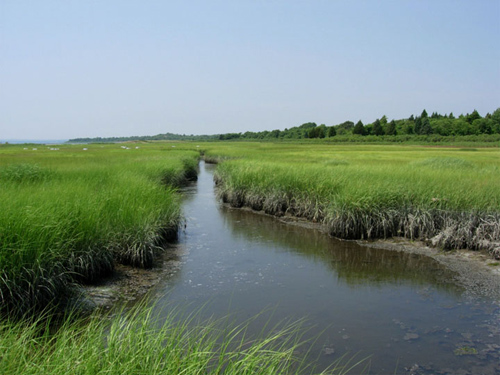 Survival in a Cape Cod salt marsh. In isolation, seaweeds and barnacles could never survive the heat stress above the tides, but they can persist in groups. Organisms under stress — even competitors — are better off together than apart. Image credit: Bertness lab/Brown University

“Our results show that plant interactions generally change with increased environmental stress and always in the direction of an outright shift to facilitation (typical for survival responses) or a reduction in competition (typical from growth responses),” the authors wrote in the paper published online. “We never observed an increase in competition at higher stress. These findings were consistent across fitness measures, stress types, growth forms, life histories, origins, climatic zones, ecosystems and methodologies.”

Analyses of studies of grasses, trees, and shrubs, for example, found that despite the obvious differences among these plant types, they all shifted toward less negative or more positive interactions. 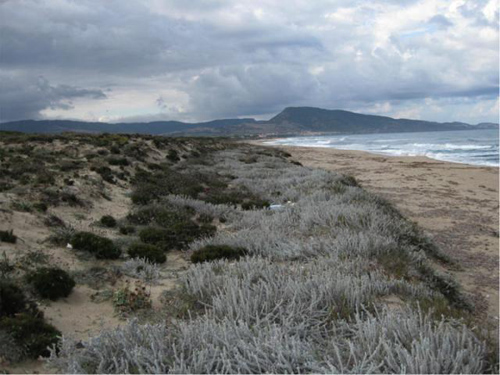 The hypothesis and the importance of positive interactions in ecology began to occur to Bertness in the 1970s and 1980s. As a junior faculty member at Brown, along the shores of Rhode Island, he noticed that seaweeds and barnacles would never survive the heat stress above the tides in isolation. They could only persist in groups, suggesting that with stress, organisms were better off together — despite their competition — than apart. 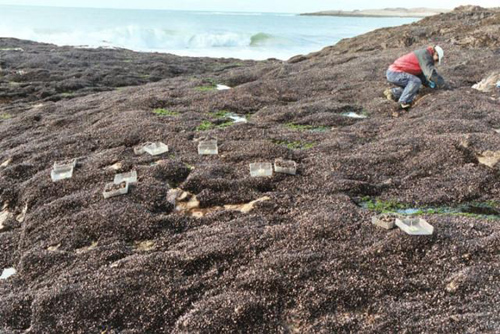 Mussel beds in Patagonia. Hundreds of studies over two decades from sites around the world suggest that the Stress Gradient Hypothesis can be employed as a rule of thumb. “We’re no longer in the casual, earlier stages of ecology,” says biologist Mark Bertness. Image credit: Bertness lab/Brown University

A shift in research?

Nearly two decades later with so much evidence now assembled, Bertness said, ecologists should feel confident enough in the Stress Gradient Hypothesis to employ it as a “rule of thumb.” Rather than continuing to debate whether the hypothesis is valid, he said, researchers could now focus on crafting experiments to probe how much predictive value the hypothesis has and test its applications to conservation biology.

The hypothesis suggests, for example, that marine ecosystem managers who want to help tropical fish should focus on sustaining foundational species in the ecosystem, such as corals. With the ecosystem’s foundation shored up the natural tendency among species toward greater positive interactions under stress should allow the fish to weather stress better.

“We’re no longer in the casual, earlier stages of ecology,” Bertness said. “In our lifetimes we’re watching Caribbean coral reefs die, kelp forests die, and salt marshes and sea grass beds being decimated. We need to figure this stuff out quickly. These are no longer intellectual arguments without consequence.”

In addition to He and Bertness, the paper’s other author is Brown postdoctoral scholar Andrew Altieri.