Egypt’s new democratically elected president Mohamed Morsi recently made world headlines on two accounts. The first was for his central role in brokering a cease-fire in Gaza between Israeli forces and Hamas. The second, which followed almost immediately after the deal was confirmed, was a highly controversial presidential decree that would temporarily insulate his legislative and executive decisions from any judicial oversight. Ian Straughn, visiting assistant professor of anthropology and Joukowsky Family Librarian for Middle East Studies, analyzes the return of protesters to Cairo’s Tahrir Square and the future of the Arab Spring in Egypt.

PROVIDENCE, R.I. [Brown University] — When protestors toppled the regime of Hosni Mubarak after 18 days of demonstrations throughout Egypt early in 2011, the world witnessed what was described by many as a momentous change in the political landscape of the Arab world away from 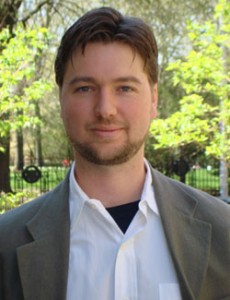 Ian Straughn. “The Gaza ceasefire did provide some measure of political cover and political capital with outside powers, the United States in particular.” Image credit: Brown University

authoritarianism. Recent actions by President Mohamed Morsi, with his strong ties to Egypt’s long-standing Islamist opposition, the Muslim Brotherhood, have left many questioning that assessment. The timing of his decision to shield himself from any judicial oversight, coming as it did on the heels of his success and worldwide political recognition for negotiating a cease-fire in Gaza, has led to much speculation and suspicion about the link between the two events. Setting the potential for conspiracy aside, in my view the decision had more to do with the drafting of a new constitution and Morsi’s desire to maintain the legitimacy of the Islamist-led constitutional assembly in the face of judicial threats to nullify the process. The Gaza ceasefire did provide some measure of political cover and political capital with outside powers, the United States in particular, for such a heavy-handed move.

Perhaps of greater importance are the varied and widespread reactions to this assumption of new powers and not those high-level political maneuverings. For nearly two years we have witnessed how large numbers of ordinary Egyptians, many who had never been actively involved in direct political action, have broken the fear barrier and claimed a stake in their government. From housewives to diehard soccer fans, from the impoverished children of Cairo’s slums, the ashwa’iyat, to unemployed college graduates, a new political subject is in the making. The renewed protests and the emerging alliances among previously disparate political groups in response to Morsi’s decree suggest that apathy and frustration have not yet fully overtaken the revolutionary fervor of January 25. Without being overly sanguine — Egypt faces enormous economic and social problems after decades of corruption and inequality across multiple vectors — something profound has changed in the ways in which a critical mass of Egyptians wants to hold the state and its representatives accountable. The coming contest over the constitution will be important and telling. But whatever that document says, the real struggle will lie with how it is implemented and lived by that diverse cadre of citizens for whom fear is no longer an option.