ANN ARBOR — Just how much Arctic permafrost will thaw in the future and how fast heat-trapping carbon dioxide will be released from those warming soils is a topic of lively debate among climate scientists.

To answer those questions, scientists need to understand the mechanisms that control the conversion of organic soil carbon into carbon dioxide gas. Until now, researchers believed that bacteria were largely responsible.

But in a study scheduled for online publication in Science on Aug. 21, University of Michigan researchers show for the first time that sunlight, not microbial activity, dominates the production of carbon dioxide in Arctic inland waters.

“Our results suggest that sunlight, rather than biological processes, controls the fate of carbon released from thawing permafrost soils into Arctic surface waters,” said aquatic geochemist Rose Cory, first author of the Science paper and an assistant professor in the U-M Department of Earth and Environmental Sciences. 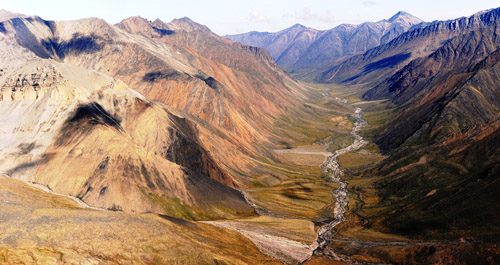 Last year, the same team reported in the Proceeding of the National Academy of Sciences that recently exposed carbon from thawed Alaskan permafrost is extremely sensitive to sunlight and can quickly be converted to carbon dioxide. Taken together, the two studies suggest that “we’re likely to see more carbon dioxide released from thawing permafrost than people had previously believed,” Cory said.

“We’re able to say that because we now know that sunlight plays a key role and that carbon released from thawing permafrost is readily converted to carbon dioxide once it’s exposed to sunlight,” she said. 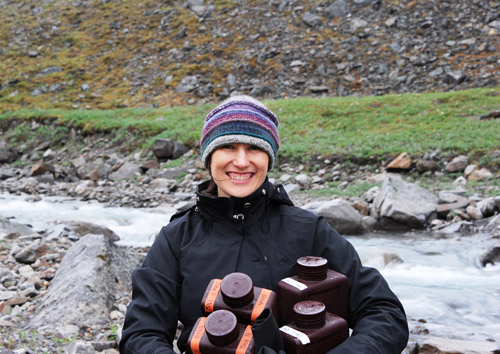 Worldwide, permafrost soils contain twice the amount of carbon that’s in the atmosphere. So thawing permafrost is a special concern for climate modelers trying to predict the timing and extent of future warming due to the ongoing buildup of carbon dioxide and other greenhouse gases.

To test that assumption, Cory and her colleagues analyzed water samples collected from 135 lakes and 73 rivers on the North Slope of Alaska over a three-year period. They compared the levels of sunlight-induced carbon processing—also called photodegradation, photochemical oxidation or photochemical processing—to carbon conversion due to bacterial respiration. 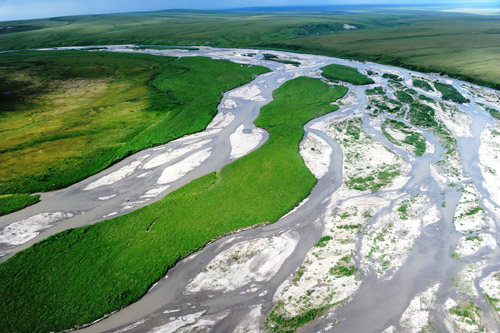 They found that photodegradation of carbon exceeded bacterial respiration by up to 19-fold, accounting for 70-to-95 percent of the carbon processed in Arctic lakes and rivers. They determined that photochemical processing of soil carbon accounts for about one-third of all the carbon dioxide released from surface waters in the Arctic.

“Carbon in thawing permafrost soils may have global impacts on climate change, yet controls on its processing and fate have been poorly understood,” said study co-author George Kling, a professor in the U-M Department of Ecology and Evolutionary Biology. “Our study shows that photochemical processing of soil carbon is an important, newly measured component of the Arctic carbon budget.”

In last year’s PNAS paper, Cory and her colleagues reported on places in the Alaskan Arctic where permafrost is melting and is causing the overlying land surface to collapse, forming erosional holes and landslides and exposing long-buried soils.

Sunlight—and especially ultraviolet radiation, the wavelengths that cause sunburn—can degrade organic soil carbon directly to carbon dioxide gas. It can also alter the carbon to make it a better food for bacteria, which respire it to carbon dioxide in much the same way that people respire carbon in food and exhale carbon dioxide as a byproduct. 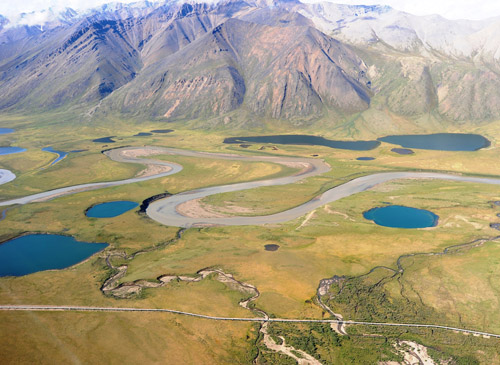 Arctic lakes and Atigun River on Alaska’s North Slope. The Dalton Highway and the trans-Alaska pipeline can be seen near the bottom of the image. Image credit: George W. Kling

In PNAS, the team reported that sunlight increases bacterial conversion of exposed soil carbon into carbon dioxide gas by at least 40 percent compared to carbon that remains in the dark.

Understanding how permafrost carbon is converted into carbon dioxide and incorporating photochemical processing into climate models “is critical for predictions of how the Arctic C [carbon] cycle will respond to and perhaps amplify climate change,” the authors of the Science paper conclude.

In addition to Cory and Kling, authors of the Science paper are Collin Ward, a U-M graduate student in the Department of Earth and Environmental Sciences, and Byron Crump of Oregon State University. The research was supported by several grants from the National Science Foundation.