Can a dog and a monkey be best friends? In Heidi Fagerberg’s first children’s book, Lion Paw and Oliver – An Unlikely Friendship, readers learn that the answer is yes.

Fagerberg, a University of Delaware College of Education and Human Development alumna, is writing a series of realistic fiction children’s books centered around the theme “Living the Beach Life.” It is based on orphaned animals found near her home on St. Kitts, an island in the Caribbean.

“The main goal of this book is to show children that two individuals, who look different, act different, and come from two different worlds, can become friends. The series itself is based on how to manage friendships, survival tactics, and how to deal with losing family and friends,” explains Fagerberg, who received an undergraduate degree in early childhood development, education and human services in 1998 and a master’s in teaching English as a second language (TESL) in 2005.

“My education at UD taught me a lot about literacy development and what makes a good children’s book,” she says. “This knowledge has helped me write my books in a way that touches on many different aspects of children’s development.” 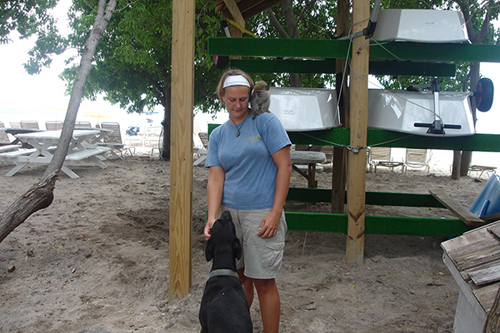 UD alumna and author Heidi Fagerberg at home on St. Kitts with dog Lion Paw and monkey Oliver, the subjects of her children's book. Image credit: University of Delaware

At the UD Children’s Campus, students at the Early Learning Center (ELC) and Laboratory Preschool have enjoyed the book, especially knowing that it was written by a UD graduate. “The children think it’s very exciting that Miss Heidi lives on the beautiful island pictured in the book,” says Peg Bradley, director of the ELC.

Hers has not been a normal career path, Fagerberg admits. Originally from Irvington, N.Y., she came to UD because it was centrally located between family in New York and Maryland. While earning her master’s degree, she participated in a study abroad program in Costa Rica. This inspired her to pursue a concentration in TESL and led to a teaching position in Costa Rica where she lived for two years upon graduation. She subsequently moved to the Caribbean where she now owns and runs St. Kitts Sailing School.

“I use the skills I learned as an undergrad when teaching my young students, ages four to eight, how to sail,” says Fagerberg. “I can also explain to my staff how to instruct children, which is great because I have junior staff who not only have learned to sail, but are also learning how to teach.”

Fagerberg also received a strong education in the use of technology at UD in and out of the classroom. It has helped her run her business as well as design the type of books she is writing. To enhance the educational experience of her books, she has created a website, called Living the Beach Life, that will soon include learning questions and activities for teachers to incorporate into their readings.

“Reflection was a key to my education at UD. We always were asked to reflect on our implementation of lesson plans and how we could implement them better the next time. This has taught me a valuable skill — reflection has allowed me to learn from my mistakes. I’ve learned not to be afraid to make mistakes, but try very hard not to make the same mistake twice.”

Fagerberg is currently working on a second book, titled Remember When, which deals with loss of a loved one and features a beloved beach pig named Wilbur. The Living the Beach Life series is edited and published by CaribbeanReads. 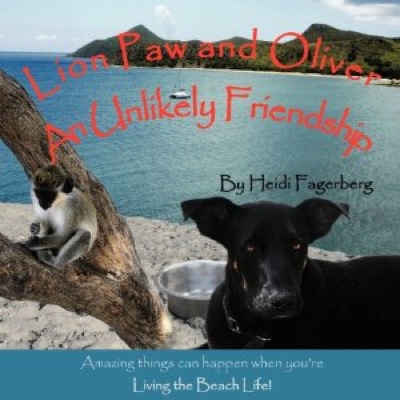