Chagas Disease May Be A Threat in South Texas, Says Researcher

AUSTIN, Texas — Chagas disease, a tropical parasitic disease that can lead to life-threatening heart and digestive disorders, may be more widespread in Texas than previously thought, according to research from The University of Texas at Austin.

“We’ve been studying this for four years now, and this year the number of disease-causing insects is quite amazing,” says Sahotra Sarkar, professor of integrative biology and philosophy at The University of Texas at Austin and lead author of a paper on the disease published in PLoS Neglected Tropical Diseases.

In order to assess the prevalence of Chagas disease in Texas, Sarkar is working with a network of health professionals and researchers around the state. After collecting and classifying insects from the field, Sarkar sends them to Philip Williamson, an assistant professor at The University of North Texas Health Science Center. Williamson determines how many of the bugs carry the protozoa Trypanosoma cruzi, which causes the disease. 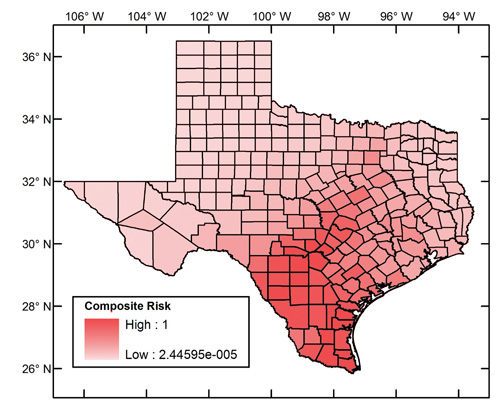 From the data Sarkar creates epidemiological maps showing the number and location of carrier insects, recorded human Chagas infections and hospitable habitats for the insects.

The maps suggest South Texas is an area of high risk for Chagas infection. Sarkar says there may already be hundreds of undiagnosed cases of the disease.

Chagas can be hard to detect because it can look like the flu at first, with symptoms similar to pains and fever. The symptoms appear to go away but the disease can live in a person for decades, sometimes reappearing in the form of digestive or heart failure.

In Texas, where most doctors are not familiar with the disease and are not required to report it to public health officials, they may misinterpret its late-onset symptoms as an old age problem, says Sarkar. 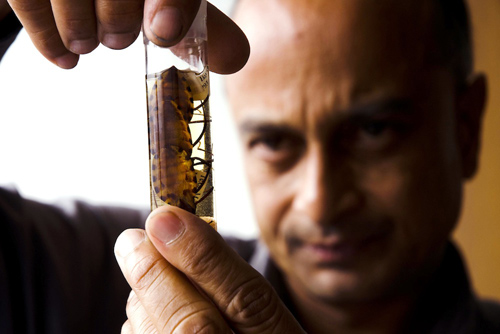 Sahotra Sarkar inspects a triatomine bug. It's one of the species that may be a carrier of the parasite that causes Chagas disease. Image credit: The University of Texas at Austin

Until further research is done, Sarkar and his colleagues won’t be able to say for sure how widespread the disease is. They believe the risks are high enough, however, to recommend a few low-cost, low-impact changes to the way the Texas public health system deals with Chagas.

They say Chagas should be designated as a reportable disease, which would require health professionals to report incidences of it to the Texas Department of State Health Services. Efforts should be launched in South Texas to more thoroughly determine the prevalence of Chagas in humans, dogs and wild species (particularly rats) that often act as reservoirs of the disease. And there should be mandatory screening of blood donations for the presence of Chagas. Currently, screening is voluntary and only done with about 65 percent of samples.

In the future, Sarkar would like to see Mexico and the U.S. collaborate on a multi-layered attack on the disease. He points to the success of the Southern Cone Initiative in South America as a model. Simple changes in lifestyle, such as keeping piles of wood away from the home and encouraging people to switch from adobe or wooden houses to concrete, have been effective. Selective spraying for the insects has also been key to decreasing the burden of the disease in South America.