Blocking Rogue Gene Could Stop the Spread of Most Cancers

*Scientists at the University of East Anglia have discovered a rogue gene which – if blocked by the right drugs – could stop cancer in its tracks.*

Published on January 24, 2011, by the journal Oncogene, the discovery is a breakthrough in our understanding of how cancer spreads. It is hoped the research will lead to new drugs that halt the critical late stage of the disease when cancer cells spread to other parts of the body.

The culprit gene – known as WWP2 – is an enzymic bonding agent found inside cancer cells. It attacks and breaks down a natural inhibitor in the body which normally prevents cancer cells spreading. The UEA team found that by blocking WWP2, levels of the natural inhibitor are boosted and the cancer cells remain dormant. If a drug was developed that deactivated WWP2, conventional therapies and surgery could be used on primary tumours, with no risk of the disease taking hold eleswhere.

Lead author Andrew Chantry, of UEA’s School of Biological Sciences, said the discovery could lead to the development of a new generation of drugs within the next decade that could be used to stop the aggressive spread of most forms of the disease, including breast, brain, colon and skin cancer. 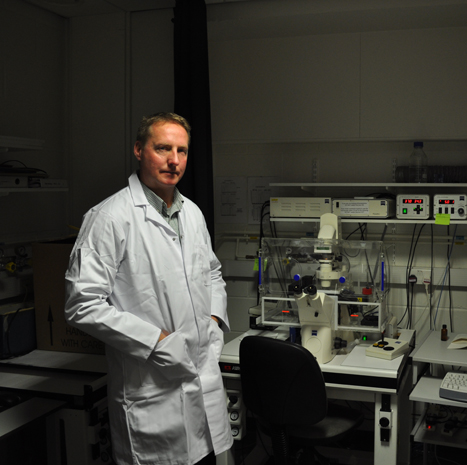 “The late-stages of cancer involve a process known as metastasis – a critical phase in the progression of the disease that cannot currently be treated or prevented,” said Dr Chantry.

“The challenge now is to identify a potent drug that will get inside cancer cells and destroy the activity of the rogue gene. This is a difficult but not impossible task, made easier by the deeper understanding of the biological processes revealed in this study.”

The research was funded by UK-based charity the Association of International Cancer Research (AICR), with additional support from the Big C Charity and the British Skin Foundation.

Dr Mark Matfield, scientific co-ordinator of AICR, said: “This is a very exciting new discovery and a perfect example of the way that basic research into cancer can open up ways to develop new ways to treat cancer.”

The initial discovery was made while researchers were studying a group of natural cancer cell inhibitors called ‘Smads’.

Dr Surinder Soond, who spearheaded the experimental work in the laboratory, said: “This is a very novel and exciting approach to treating cancer and the spread of tumours which holds great potential.”