*Discovery may lead to novel biotech and nanotech uses*

Nevada, the “Silver State,” is well-known for mining precious metals.

But scientists Dennis Bazylinski and colleagues at the University of Nevada Las Vegas (UNLV) do a different type of mining.

They sluice through every water body they can find, looking for new forms of microbial magnetism.

Lefèvre is with the French National Center of Scientific Research and University of Aix-Marseille II.

In this week’s issue of the journal Science, Bazylinski, Lefèvre and others report that they identified, isolated and grew a new type of magnetic bacteria that could lead to novel biotech and nanotech uses.

Magnetotactic bacteria are simple, single-celled organisms that are found in almost all bodies of water.

As their name suggests, they orient and navigate along magnetic fields like miniature swimming compass needles.

This is due to the nano-sized crystals of the minerals magnetite or greigite they produce. 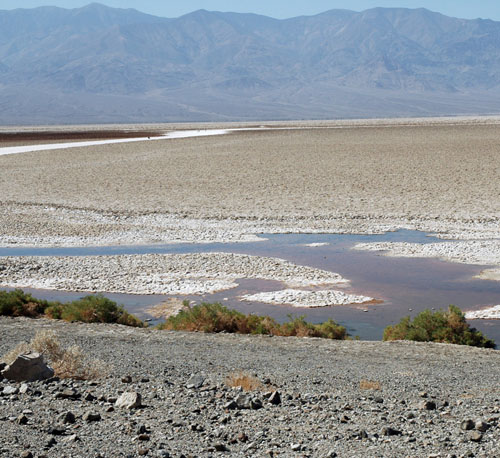 The presence of these magnetic crystals makes the bacteria and their internal crystals–called magnetosomes–useful in drug delivery and medical imaging.

The research was funded by the U.S. National Science Foundation (NSF), the U.S. Department of Energy and the French Foundation for Medical Research.

“The finding is significant in showing that this bacterium has specific genes to synthesize magnetite and greigite, and that the proportion of these magnetosomes varies with the chemistry of the environment,” said Enriqueta Barrera, program director in NSF’s Division of Earth Sciences.

While many magnetite-producing bacteria can be grown and easily studied, Bazylinski and his team were the first to cultivate a greigite-producing species. Greigite is an iron sulfide mineral, the equivalent of the iron oxide magnetite. 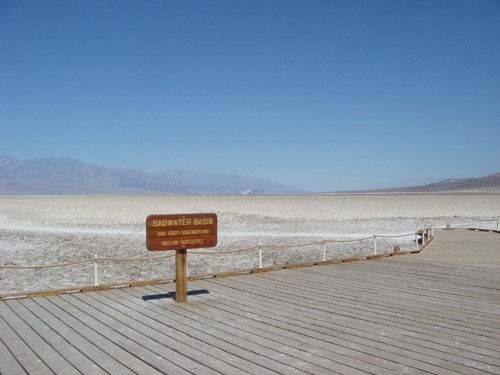 “Because greigite-producing bacteria have never been isolated, the crystals haven’t been tested for the types of biomedical and other applications that currently use magnetite,” said Bazylinski.

“Greigite is an iron sulfide that may be superior to magnetite in some applications due to its slightly different physical and magnetic properties. Now we have the opportunity to find out.”

Researchers found the greigite-producing bacterium, called BW-1, in water samples collected more than 280 feet below sea level in Badwater Basin. Lefèvre and Bazylinski later isolated and grew it leading to the discovery that  BW-1 produces both greigite and magnetite.

This suggests that the production of magnetite and greigite in BW-1 is likely controlled by separate sets of genes. That could be important in the mass production of either mineral for specific applications. 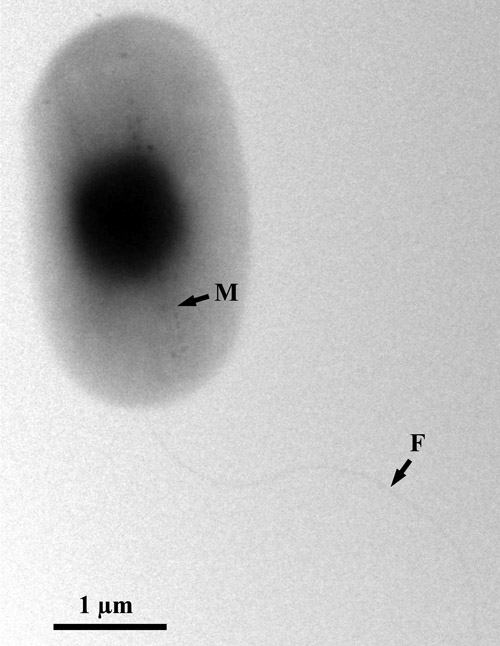 A cell of the magnetotactic bacterium BW-1; it may fuel biotech and nanotech discoveries. Image credit: Dennis Bazylinski and Christopher Lefèvre

According to Bazylinski, the greigite-producing bacteria represent a new, previously unrecognized group of sulfate-reducing bacteria that “breathe” the compound sulfate rather than oxygen as most living organisms do.

“With how much is known about sulfate-reducing bacteria, it’s surprising that no one has described this group,” he said.

Working with Bazylinski and Lefèvre on the project are David Pignol of the French National Center of Scientific Research and University of Aix-Marseille II; Nicolas Menguy of Pierre and Marie Curie University, France; Fernanda Abreu and Ulysses Lins of the Federal University of Rio de Janeiro, Brazil; Mihaly Pósfai of the University of Pannonia, Hungary; Tanya Prozorov of Ames Laboratory, Iowa; and Richard Frankel of California Polytechnic State University, San Luis Obispo.