Aspirin Use Found to Lower Risk of Pancreatic Cancer

The regular use of aspirin lowers the risk for pancreatic cancer by almost 50 percent, a new study in China led by the Yale School of Public Health finds.

Researchers studied patients with newly diagnosed pancreatic cancer at 37 Shanghai hospitals from December 2006 to January 2011. The 761 patients were interviewed in person about their use of aspirin per day or week and their ages when the use started and stopped. They were matched with control patients identified from the Shanghai Residents Registry.

“This is a significant finding and helps to understand the development of pancreatic cancer,” said lead author Harvey Risch, M.D., Ph.D., professor at the Yale School of Public Health in the Department of Chronic Disease Epidemiology. “There is evidence accumulating that aspirin use slows the development of precancerous changes in the pancreas.” 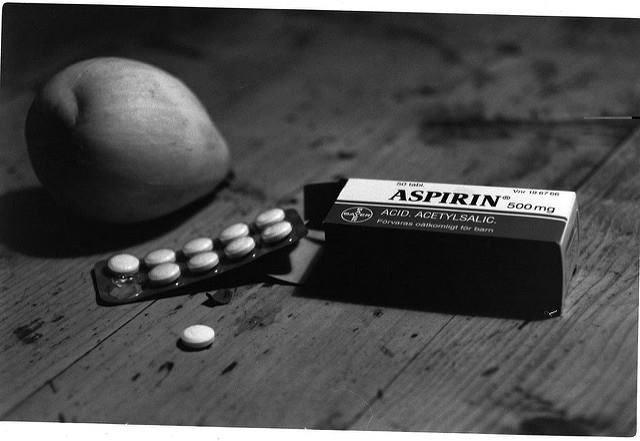 The study is published in the journal Cancer Epidemiology, Biomarkers & Prevention.

Pancreatic cancer is especially lethal. It is not easily detectable, and there aren’t effective treatments for the majority of patients, who often live less than a year after being diagnosed. According to the American Cancer Society, an estimated 53,070 people in the United States alone were diagnosed with pancreatic cancer in 2016 and 41,780 will have died from the disease.

According to the Cancer Treatment Centers of America, 15 percent of patients diagnosed with pancreatic cancer between 2000 and 2011 survived 1.5 years after diagnosis. The estimated survival rate at six months is only 57 percent.

The study also evaluated 20 scientific research studies that have examined the association, to find that the odds ratio for regular use of aspirin and pancreatic cancer risk has decreased by 2.3 percent per year through to the present day. This suggests that during the last two decades, as the population’s use of aspirin has increased, the effect of aspirin in decreasing pancreatic cancer risk has become more pronounced.

Although the study provides evidence for the beneficial effect of aspirin use on the risk of pancreatic cancer, there were limitations, most notably that it relied on participants accurately self-reporting past aspirin use, the researchers said.