As power grows, so does generosity

ANN ARBOR — The saying “power tends to corrupt, and absolute power corrupts absolutely” is so pervasive it’s taken as fact.

Certainly there are plenty of examples of power abuse, but new research from University of Michigan professor Leigh Tost finds that those in power, in certain situations, actually show more generosity in their financial and resource decisions. 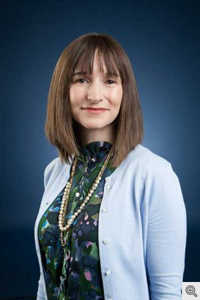 “This is part of a stream of research I’m working on that undermines the assumed association between power and corruption,” said Tost, assistant professor of management and organizations at the Ross School of Business. “This popular perception is only part of the story. We also see people who hold their power with much more of a sense of social responsibility.”

A series of experiments by Tost and colleagues gave test subjects the ability to allocate resources, mostly money, between themselves and others, and the experimenters varied the amount of power participants felt during the studies. The results indicated that when people were aware that their decisions would impact other people in the future, those induced to feel more powerful actually behaved more generously, not less.

“We found that when people experience power and are aware of future others’ dependence on them, they feel a sense of responsibility,” Tost said. “Rather than being corrupt, they’re more generous and think more long-term.”

Business executives make resource allocations all the time. There are constant tradeoffs when deciding how much of an organization’s limited resources to invest into enhancing short-term profitability rather than enhancing the company’s long-term viability.

Tost’s research suggests that when decision makers are reminded that future generations will be affected by present-day actions, they are likely to be more prosocial in their decision making.

People like Warren Buffett and Bill Gates—who spend much of their vast wealth helping to solve social problems—are high-profile examples, but people need not be rich or control many resources to make these decisions.

“Many small decisions you make in your own life have an impact on someone in the future,” Tost said. “Being aware of that activates the mechanisms we found in the study. It’s something for everyone to think about.”

Tost’s co-authors on the study were Kimberly Wade-Benzoni of Duke University and Hana Huang Johnson of the University of Idaho.