ANN ARBOR — Live fast and die young—it’s a popular saying that could ring a little truer than is comfortable, according to a recent University of Michigan Study.

Jukka Savolainen of the U-M Institute for Social Research found that people who, as children, were aggressive, hyperactive and struggled in school, with what the researchers called “antisocial behavior,” are more likely to end up in persistent poverty, require welfare assistance, experience chronic unemployment and suffer premature death.

In fact, this kind of persistence in antisocial behavior proved to be a strong independent indicator, along with reduced cognitive skills, for individuals to become permanently unable to participate in the workforce by age 50, Savolainen says. 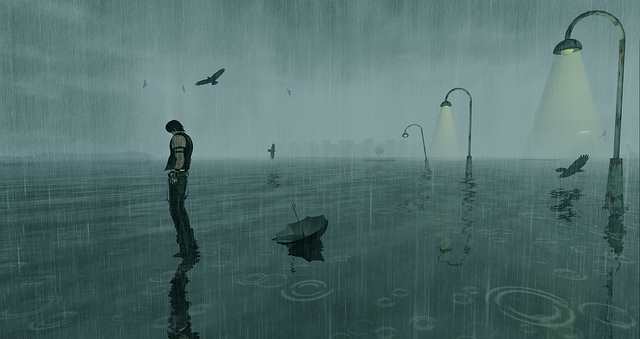 Research on socioeconomic attainment has traditionally focused on cognitive ability and educational performance as key individual factors. Lately, researchers have begun to understand that such noncognitive factors as mental health, behavioral problems and personality traits play an important role in academic achievement, employment and related outcomes.

“We wanted to understand the life course process whereby individuals end up dropping out of the labor force or training during their prime working ages,” said Savolainen, a research professor in the Inter-University Consortium for Political and Social Research and director of the National Archive of Criminal Justice Data. “We are investigating pathways to persistent poverty and disadvantage.”

Savolainen used data from the Jyväskylä Longitudinal Study of Personality and Social Development, which follows individuals from a city in central Finland from ages 8 to 50 and beyond. The region, which is ethnically and socioeconomically homogeneous, provides a valuable backdrop against which social scientists can study how personality traits influence people’s lives.

“In these Nordic welfare states, where opportunities are relatively equal and the social safety net is very strong, that’s when we should expect individual differences to become much more important in determining life outcomes,” Savolainen said.

Savolainen and colleagues examined data of 369 individuals, who have been tracked at ages 8, 14, 27, 36, 42 and 50. At age 8, the study collected teacher and classmate assessments of the children’s antisocial propensity—or whether they were aggressive and unable to regulate their behavior—as well as teacher-assessed school performance, and control variables such as gender and family socioeconomic status.

At age 14, the study gathered teacher reports about problem behavior and school data about academic performance. In early adulthood, the study measured the participants’ socioeconomic status and deviant behavior such as criminal behavior, heavy drinking and alcoholism based on a self-reported questionnaire and government administrative records. In midlife, at about age 50, socioeconomic status was measured using information from government tax, health and population records.

“There’s a strong antisocial pathway which starts from having a type of lack of control, which later on manifests in persistence in delinquency and rule breaking,” Savolainen said. “While others grow up and mature, some people remain leading the fast life, drinking, fighting and divorcing at an earlier rate.”

“The real meat of this contribution is to document the noncognitive, or antisocial behavior pathway, through these life stages as an influential cause of persistent poverty and socioeconomic disadvantage,” Savolainen said. “Although differences in human capital are very important, personal capital matters too.”

The study is published in the August issue of the journal Developmental Psychology.