An Interview with Mr. Charles Smith: ‘School Violence and Free Access to Weapons’

Charles Smith is a native of Southeast Ohio and attended Ohio University where he earned a degree in education. After several years teaching high school social studies, he returned to Ohio University and completed his Masters Degree in Political Science, focusing on American Politics and Political Philosophy.  In the fall of 1998 Charles moved to Columbus to begin work on his PhD in Political Science at Ohio State.  Two years ago he left the graduate program to work full time for the Political Science department. Currently Charles is the internship director and academic advisor for Political Science. He is also a popular lecturer, teaching courses on such diverse topics as the American Presidency, Civil Liberties, and Gun Control.

Very recently we spoke with Mr. Smith about school violence and free access to weapons in America.

Q. When such tragic incidents like the one in Newtown happen, how it affects the society in general?

A: In recent years, the United States has seen an increase in mass shootings.  In general, Americans’ attitudes follow the five steps of grief (loss). We begin by denying that this could happen, we become angry and then direct that anger at third parties or inanimate objects (the firearms used), we bargain (“If only ______”), we become depressed and, finally, we accept. 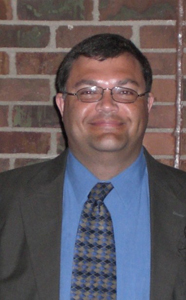 Q. What could be Obama Administration’s pragmatic steps to reduce or completely eradicate violence in Schools?

A: School violence cannot be completely eradicated. Most public schools have safety procedures in place to reduce/minimize risk, but as we have learned from the shootings in Newtown, even stringent measures can be circumvented by a determined shooter.

Q. Will it be easy for Obama Administration to pass any law regarding strict control of guns or banning weapons for mass public to have it so easily at home?

A: As Obama will begin his final term of office in January, he will have nothing to lose by taking on this issue.  It is time to have a meaningful conversation not just on guns and gun violence, but on mental health issues.

Q. Are guns a cultural part of American history?

A: Yes, they are a part of American culture. Our country was born of revolution; we owe our existence to an armed populace. However, we must also remember that we have also ALWAYS had gun control. Guns and gun control have gone hand-in-hand since colonization.

Q. When you have a kid or any member of the family who has psychological problems, how safe it would be to keep guns at home. Do you think you still can have guns and safeguard them?

A: It would not be safe to keep them at home.  The state of Connecticut has a CAP law (CAP stands for Child Access Prevention) which says that a person can be held criminally negligent if a MINOR (15 years of age or under) gains access to a firearm and causes injury or death to him/herself or another person.  But the law punishes AFTER the event and cannot apply to anyone over the age of 15.

Q. Although school violence is happening almost every year or even several times within a single year (e. 1988 or in 1994), why then schools don’t keep enough armed guards?

A: Schools are not prisons.

Q. When tragic events like the one in Newtown happen, whom can we point to as the responsible one – government or the society itself.

A: Pointing fingers does no good.  There are too many variables at work.

Q. Do Americans feel proud or different than others as it’s the only nation where arms possession by mass public is allowed?

A: First, we do have firearms laws on the books in the United States. The majority of those laws are at the state level and what federal laws there are tend to address import/export of firearms.

Whether we feel proud or different would depend on which American you ask.  Cukier and Sidel (The Global Gun Epidemic) state that America is “out of step” with western democracies because it permits personal ownership/possession of firearms.  I might argue that we are out of step because we still value individual liberties—freedom of speech, freedom of the press, freedom of religion, and, yes, the right to possess arms.

Q. Do you think the next ‘violence’ could be of the same scale or even worse than the Connecticut’s one?

A: I hope that no more occur but, if it happen again, the size and scope will be known only to the shooter.

2 comments on “An Interview with Mr. Charles Smith: ‘School Violence and Free Access to Weapons’”