A unique partnership among the University of Arizona, Microsoft’s World’s Edge studio and Relic Entertainment will allow current and future UArizona students to “make history their story” while they earn credit toward their college degrees. 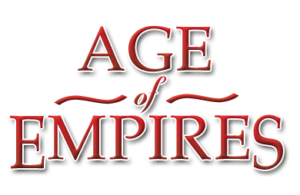 Starting in early 2022, Age of Empires IV players will be able to interact with special educational content on the Age of Empires website. The content, which supplements the historical storytelling in the Age of Empires IV campaign, was developed by two members of the University of Arizona Department of History – associate professor of medieval history Paul Milliman and department head Alison Futrell, an associate professor of Roman history. Based on admission status with the University of Arizona, engaging with the content could allow players to earn one academic credit at the university.

“The idea was really exciting, to put together lessons in a different kind of framework and with a public-facing opportunity to engage in a really dynamic way with this material. And, of course, having a household name like Microsoft involved really lent it credibility and energy,” Futrell said. “One of my fields of research is actually the way in which the ancient past has been revisited in different kinds of media in more recent times, specifically in performance and in movies, but also novels and advertisements and things like that.”

Age of Empires IV is the first new entry since 2005 for the popular game franchise, which released its first title in 1997. The newest version allows players to enjoy four distinct campaigns with 35 missions that span 500 years of history, from the Dark Ages to the Renaissance. Outside of the campaign, the game features eight diverse civilizations, which feature strategic nuances guided by history, all playable in online multiplayer matches or in battles against the game’s AI.

In early 2022, the option to enter into the “University of Arizona enhanced experience” will be spotlighted in the game’s Community Tab and will guide players to the Age of Empires website, where they’ll find an onboarding portal, including required steps for receiving college credit, as well as accompanying modules called “Illuminated Histories,” written by Futrell and Milliman. This out-of-game content was designed to accompany the campaign mode, which offers individual players four story-based campaigns based on key moments of the medieval period: the Norman conquest of England, the Hundred Years War between England and France, the expansion of the Mongol Empire and Moscow’s journey to emerge as a new superpower.

Milliman and Futrell also appear in short introductory videos that help tie together all of the campaign content. After completing all key story points across the game’s four campaigns, players can complete an online assessment of what they learned from the UArizona content. Passing that assessment will earn them one credit hour that will be applied pending admission to UArizona. College credit is only received upon successful admission to UArizona; however, the supplementary content is free to be enjoyed by all.

As with any college course, there are some required materials. Prospective students will need to have access to Age of Empires IV on Steam, Microsoft Store or with subscriptions to Xbox Game Pass for PC or Ultimate, and all players will need to be signed into the game using an Xbox Live account, available for free.

The idea for the partnership came about more than two years ago when UArizona’s Kara Aquilano Forney, executive director of corporate initiatives and business development for Arizona Online, connected with Will McCahill, business lead at Microsoft’s World’s Edge game studio.

“Will and I began discussing a collaboration utilizing the Age of Empires platform as a way to expand learning opportunities and enhance the user experience for game players,” Forney said.  “I approached the history department, and call it serendipity or fate, but when I discovered we had two professors who are gamers and one of them was a medievalist, it sealed the deal. We began discussions before COVID hit, which then set us back a year. But now we’re finally at a point where we can announce the partnership, and I couldn’t be more thrilled.”

“The Age of Empires franchise has been building a community of history enthusiasts since its inception. With our latest installment, Age of Empires IV, the teams at World’s Edge and Relic decided to double down on what we call ‘humanized history,’ where we allow players to live out real historical events through gameplay,” McCahill said. “University partnership wasn’t our initial goal, but the first time I played the campaign, it sparked a 20-plus-minute conversation about the Normans with our narrative designer. I realized we needed to get this in the hands of students, and Kara and the U of A history team were critical partners in bringing that vision to life. I’m excited and I think students will be pleasantly surprised by this unique approach to learning history.”

Faculty members Milliman and Futrell hope the first credit earned by playing the game also will be a first step for many players toward earning a history degree from UArizona.

“I’m putting together a course targeted specifically for people coming to the university through playing the game, who are not currently students. It will help them transition from being gamers to being students,” Millman said. “I’m going to teach a different version of it for students who are already here, but this will get online students familiar with doing historical research and being a university student. There won’t be any textbooks or tests. It will be project-focused and based on the experiences they had playing the game with our additional content.”

More information, including steps required to take part, will be shared on the Age of Empires website when the UArizona content becomes available next year.