COLUMBIA, Mo. ­— College student retention and low graduation rates are the most significant problems associated with state-provided financial aid. Now, a University of Missouri researcher has found that African-American males are the most likely to lose state lottery-funded scholarships with academic stipulations. Charles Menifield, a professor in the Truman School of Public Affairs at MU, found that more than 50 percent of African-American males lost state-funded scholarships over the course of a four-year academic career.

“Race turns out to be one of the best predictors of scholarship retention rates,” Menifield said. “This research strongly suggests that colleges and universities that desire to maintain diversity should at minimum target minority students, particularly African-American males, and determine how best to improve academic success.” 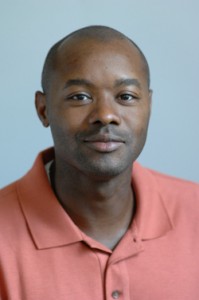 Charles Menifield is a professor in the Truman School of Public Affairs. Image credit: University of Missouri

For his study, Menifield studied the retention rates of more than 33,000 Hope Scholarship recipients from 2007. The Hope Scholarship is a state lottery-funded academic scholarship awarded to Tennessee residents. Recipients are required to achieve and maintain certain academic requirements each year in order to retain the scholarship.

Menifield attributes his findings in part to the availability of other means of financial aid.

“Many of the students who received Hope Scholarships were also eligible for federal Pell grants which don’t involve any academic stipulations,” Menifield said. It is possible that many students don’t worry about losing their Hope Scholarships because they know they can always fall back on Pell grants.”

“If state and higher education institutions want to maintain higher levels of retention and a diverse student body, they should do much more than simply provide scholarship funding,” Menifield said. “On the contrary, they should provide institutional support by creating a mechanism that will positively affect student achievement. Ultimately, the responsibility lies with the student, but there are many things that universities can do to promote higher retention rates.”

Menifield recommends that universities take a more “holistic” approach to providing student aid. He suggests that universities create work groups led by high-performing students with commitments by professors to facilitate those work groups, community learning environments in dormitories, additional funding to ensure that students can focus on academic issues rather than working to make a living, and a culture that would indicate that the institution is concerned with the retention of all students.

Menifield’s study was published in the Journal of Education Finance.