A Taste of the Wild: On The Nature Trail in Yosemite National Park

April 2020. In Yosemite National Park, this is usually the most exciting time of year, as winter fades into a distant memory, and the park’s rich wildlife begins to wake up to the promise of spring. However, as we all know, 2020 was a little different.

With the world in the grip of the COVID-19 pandemic, and the national parks closed to all tourists, Yosemite’s diverse population of animals and birds had the 3000-square km park all to themselves. From the imposing peak of Half Dome to the gushing torrent at the Yosemite Falls, Yosemite’s lush, dramatic landscapes were free of seasonal human visitors, allowing space for wildlife to flourish. 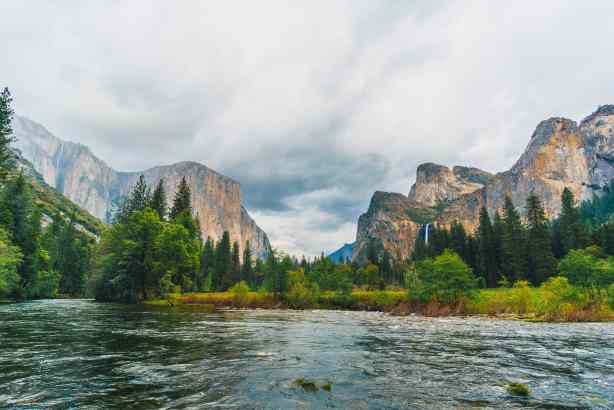 Aside from the sound of the wind in the trees and the chorus of birdsong, a hush of calm had descended on Yosemite

The closure of the national parks left Yosemite in complete peace and stillness – a verdant natural paradise under a clear blue sky. In an average year, over 300,000 visitors flock to the park in April alone, hoping to take advantage of the warmer spring weather and to admire the beauty of this spectacular region. Yet this year the trails were silent, the visitor centers empty, and the roads free of traffic. Aside from the sound of the wind in the trees and the chorus of birdsong, a hush of calm had descended on Yosemite.

The impact of the pandemic on Yosemite’s wildlife was extraordinary. The skeleton crew of park rangers kept a careful eye on the park and meticulously noted all sightings of animals on their patrols and remote cameras. However, they didn’t have to work hard. Bears, bobcats and coyotes roamed the paths that would usually be filled with hikers; deer could be found grazing in campgrounds and next to visitor centers; and rare woodpeckers and hummingbirds were seen flitting between the flowers and trees.

With the human visitors gone, Yosemite’s wildlife began to re-emerge on an unprecedented level.

Fast forward to August 2020, and the picture looks a little different. Restrictions have lifted and visitors are back enjoying the majesty and splendor of Yosemite’s maze of hiking trails. However, the effects of the few short months of limited human activity can still be felt across the park. Visitor numbers are restricted, and entrance to the park is only granted if you’ve booked in advance. With the trails much quieter than usual, there’s never been a better time to head into the wild and see some of the amazing animals and birds that call this place home.

With over 1200km of glorious hiking trails, Yosemite is a paradise for outdoor adventurers, and the best way to get up close and personal to the local wildlife is by heading out on one of Yosemite’s fantastic hiking trails. On a hiking trip in Yosemite you can expect to catch a glimpse of many different species of animals, insects and birds, including magnificent black bears.

Although the most commonly observed animals are the marmots and squirrels that dart across the rocks and trees, Yosemite is also a wonderful place to observe elegant mule deer, impressive bighorn sheep, and even elusive mountain lions. Raise your gaze up high and see the iridescent blue plumage of the Steller’s jay, or the breathtaking sight of a golden eagle in flight. Closer to the ground, Yosemite is also famous for its population of rare frogs and other amphibians, which make their homes in the clear waters of the Sierra Nevada’s lakes and rivers. 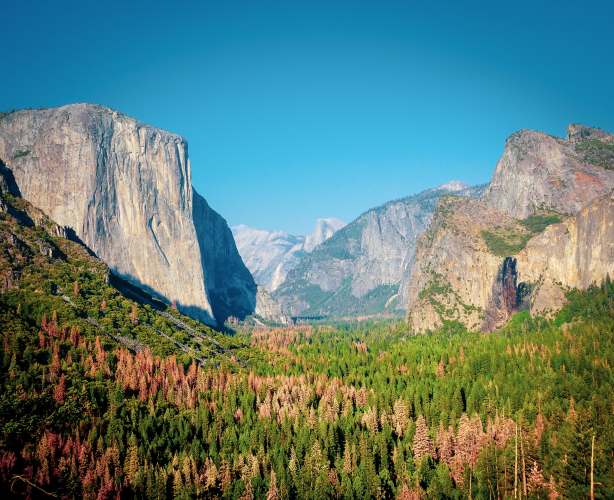 Majesty and splendor of Yosemite

While many of these animals and birds could previously be observed in the park, the prolonged closures this year, coupled with the reduced visitor numbers, means that hikers have a much greater chance of seeing some of the rarer, more elusive creatures that live in Yosemite. With reduced litter, fewer cars on the roads, and quiet trails and campgrounds, Yosemite’s animals and birds are occupying the space that humans have left.

If you’re yearning for a taste of the wild after long months of lockdown, there’s never been a better time to experience everything that Yosemite has to offer. As we return to marvel at Yosemite’s natural treasures, it’s important to try and limit our impact on the natural environment, by following the principles of Leave No Trace and by respecting the park and its inhabitants. This beautiful park, with its majestic peaks, lakes and waterfalls, is going back to its wild roots.