An unexpected partnership between the University of Delaware and the Beijing Academy of Science and Technology (BJAST) is proving to be a symbiotic relationship.

A six-year long partnership between the Center for Applied Demography and Survey Research (CADSR) in UD’s College of Arts and Sciences and BJAST has led to a collaboration to help the Chinese university develop better methods for understanding safety and injury rates among its elderly population.

CADSR and BJAST embarked on a formal partnership based on this work in May, and it should lead to a joint report next spring, Tóth said. 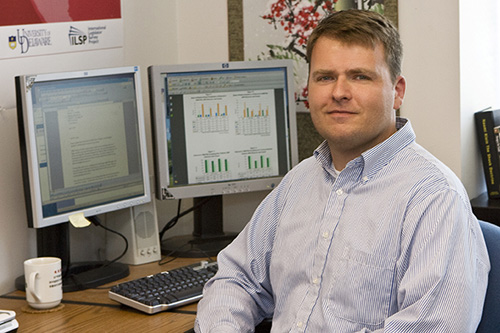 As people in China become more mobile, and as the parents of China’s one-child policy age, more and more of the country’s elderly are left without family nearby to care for them.

The United States has been experiencing this for years, but “Chinese society is just faced with that issue right now,” said Tóth.

“They wanted to learn how to more scientifically collect research data,” he said.

After giving a guest lecture on social science research methods in Beijing two years ago, Tóth was approached to help BJAST develop their study protocol.

He worked with BJAST researchers to develop a scientific survey questionnaire. He traveled back to the city in August 2013 to monitor their data collection and discuss evaluation and reporting of the data, to be written up over the next few weeks.

During this visit, Tóth also gave lectures on the scientific method in social sciences and survey methodology.

“We want to help them learn how to get the best possible data for decision- and policy-makers,” he said. 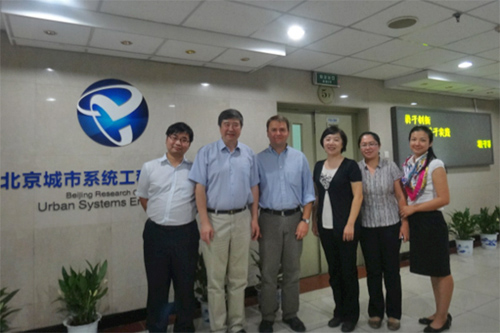 Collecting better scientific data and understanding methodology is behind a new research partnership between UD and the Beijing Academy of Science and Technology. Image credit: University of Delaware

The relationship between the institutions began when Tóth traveled to Beijing Normal University in conjunction with the Governor’s School for Excellence six years ago. That visit inspired an active graduate student exchange in CADSR and the School of Public Policy and Administration.

One of the first alumni from this exchange, Qiujie Zhang, recommended the recent collaborative research to BJAST.

“My experiences at UD’s CADSR have shaped my research career,” said Zhang, who now works for BJAST. “I could not think of anyone else better equipped to work on a joint survey project than my mentors at CADSR.”

The city of Beijing has more than 20 million people but the survey Tóth helped create focused on just two communities, each with an elderly population of 150,000 people.

For perspective, Delaware’s entire 65 and older population is just over 129,000, according to the latest U.S. Census.

Tóth gave lectures on the scientific method in social sciences and survey methodology while in Beijing, attended by BJAST research staff.

In addition to the work CADSR is doing in cooperation with BJAST, the center works with many state agencies and local governments to collect data on everything from geographic surveys to transportation and health policy issues.

Ed Ratledge, associate professor and director of CADSR, said the recent contract with BJAST provides an “excellent opportunity” for the center to expand its reach, particularly beyond the European Union.

It “should open the doors for potential collaborative research between our institutions in the future,” Ratledge said. “CADSR and BJAST stand to learn much from each other.”