A scientific stopwatch for the world’s largest animals

We may not be able to time a live Tyrannosaurus rex in the 100-yard dash, but scientists say they now have a good sense of the maximum speed for many of the world’s largest animals, past and present.

In a study published July 17 in Nature Ecology and Evolution, researchers from the German Centre for Integrative Biodiversity Research and Yale said animal speed increases with size only up to a certain point — then it begins to decrease.

“We find that there is a ‘sweet spot’ in size for a given body and movement type — exactly where cheetahs, peregrines, or marlins land — where the energy available for acceleration allows them to get closest to their maximum theoretically possible speed,” said co-author Walter Jetz, a Yale associate professor of ecology and evolutionary biology, and director of the Yale Center for Biodiversity and Global Change. “The theory is simple, yet extremely powerful and allows us to make predictions across the animal realm of how optimized or not species are for speed.” 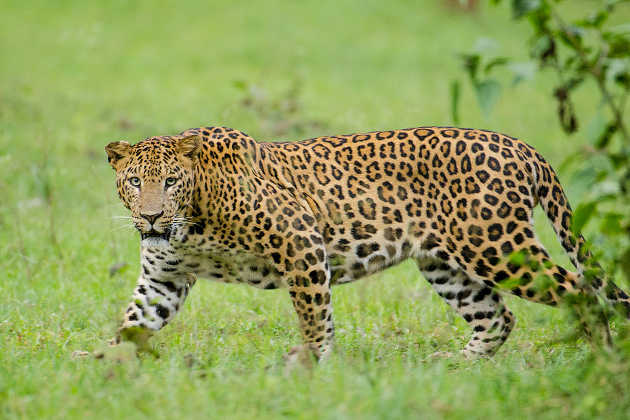 Leopards (Panthera pardus), are on the faster end of the animal speed spectrum. Buffalo (Syncerus caffer), pictured below, are larger, and not so fast. Image credit: Srikaanth Sekar (Source: Wikipedia)

The researchers’ speed model can be applied to any animal based on its weight and whether it moves in land, air, or water.

As for the sprinting speed of a Tyrannosaurus, the study says it’s not exactly swift: 17 mph.