A Future Face of Energy

At the age of 20, Karan Jerath has already invented a device that could prevent oil spills, became the youngest member of the Forbes 30 Under 30 Energy list, and been selected as a UN Young Leader for the Sustainable Development Goals.

At the age of 20, Jerath has already invented a device that could prevent oil spills, became the youngest member of the Forbes 30 Under 30 Energy list, and was selected by the United Nations as a UN Young Leader for the Sustainable Development Goals.

His interest in petroleum engineering started as a student at Friendswood High School near Houston – not far from the Gulf of Mexico. In 2010, an explosion on an offshore oil rig drilling for BP caused a massive spill that affected parts of the Gulf Coast.

“It essentially happened in my backyard,” Jerath says. “The spill lasted three months with no solution. It was on the news constantly, and everyone was thinking about it all the time.” 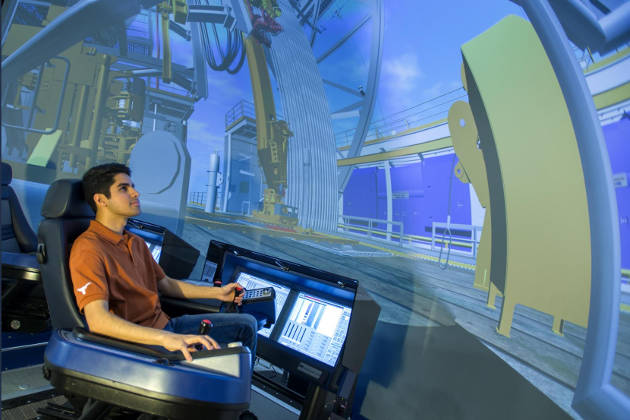 Jerath is not the type to just be a bystander. “I’m the type of person who gives 100 percent when I’ve committed myself to finding a solution,” he says. As part of his high school science fair program, Jerath researched how to clean up oil spills in a subsea environment. For two years and more than 800 hours, including weekends and vacations, he learned everything he could about the weak links in subsea drilling.

He came up with a solution. “Currently there is something called a blowout preventer that is installed on the sea floor in the event of any failures. What it does is basically seal the pipe to stop flow and prevent the spill from actually leaking into the ocean,” says Jerath.

The blowout preventer is the primary response technique the industry has to properly and effectively prevent these spills from happening. However, if the blowout preventer fails then there is a need for an additional solution to stop the spill. In researching other industry options, he found the most promising device was called the cofferdam – an air-tight tube that is supposed to keep leaking crude oil out of the ocean.

“However, at low temperatures methane hydrates can form. This is when the hydrocarbon gas phase becomes a solid phase. At the time of the spill, the hydrates choked the cofferdam preventing it from functioning.”

Jerath’s design improves the dam by preventing methane hydrate formation. It separates mixtures at the source into three phases based on density: oil, water and gas. Then it recycles each phase immediately. Pressure, temperature and density sensors located within the device automatically send signals to the valves, so they can adjust to ensure each phase remains separate.

Jerath presented a prototype of the device at his school science fair. He won at the local level, advancing on to receive the first-place prize at district, regional, state and eventually the international level, winning the 2015 Intel International Science and Engineering Fair (Intel ISEF), the world’s most prestigious science fair.

Winning Intel ISEF opened many educational and professional opportunities for Jerath. He came to The University of Texas at Austin to expand his work for a better energy future. “UT is the best energy school after all,” he says.

Jerath has been spending most of his time outside of the lab. In addition to taking intro engineering classes, he has been working closely with professors and mentors in the petroleum engineering department and around campus to build “The Grand Energy Challenge.”

“The Grand Energy Challenge” is an international pitch competition that will be hosted on campus during the 2017-18 school year. The “Shark Tank”-style competition will be open to high school, undergraduate and graduate students to pitch ideas tied to one of the U.N. sustainability goals Karan is tasked with promoting as a U.N. young leader.

“The goal is to have venture capitalists and angel investors award the winning ideas,” he said. “I want to bring the best of the best to UT to present their ideas to industry leaders from around the world.” He hopes to help put UT on the map as one of the few elite universities to host competitions of this caliber.

Even as an undergraduate, Jerath says he has felt empowered to pursue his largest goals. He encourages scientists of all ages to do the same.

“The ultimate goal is to contribute to society, to make it better at the end of the day.” He notes, “Being on the world stage, I realized if you have an idea of that caliber, the world will sit up and notice. It doesn’t matter how old you are.”