“Drunkorexia:” A Recipe for Disaster

COLUMBIA, Mo. – It is well known that eating disorders are common among teens and college students. Heavy alcohol consumption is another well-known unhealthy habit of this age group. A new study from the University of Missouri shows that when college students combine these two unhealthy habits, their long-term health may be affected. “Drunkorexia” is a new term coined by the media to describe the combination of disordered eating and heavy alcohol consumption.

Victoria Osborne, assistant professor of social work and public health, examined the relationship between alcohol misuse and disordered eating, including calorie restriction and purging. Researchers found that 16 percent of those surveyed reported restricting calories to “save them” for drinking. Of the respondents, about three times as many women reported engaging in the behavior than men. Motivations for “drunkorexia” include preventing weight gain, getting intoxicated faster and saving money that would be spent on food to buy alcohol.

Victoria Osborne, assistant professor of social work and public health, found that “drunkorexia” is a dangerous behavior that is common among college students. Image credit: University of Missouri

According to Osborne, “drunkorexia” can have dangerous cognitive, behavioral and physical consequences. It also puts people at risk for developing more serious eating disorders or addiction problems.

“Apart from each other, depriving the brain of adequate nutrition and consuming large amounts of alcohol can be dangerous,” Osborne said. “Together, they can cause short- and long-term cognitive problems including difficulty concentrating, studying and making decisions.”

People who participate in disordered eating combined with binge drinking are also more at risk for violence, risky sexual behavior, alcohol poisoning, substance abuse and chronic diseases later in life. Osborne says women are at higher risk for health problems related to binge drinking because they metabolize alcohol differently than men. This means women can get sick faster and suffer damage to vital organs sooner than men might.

“It is important that young people understand the risks of this behavior,” Osborne said. “We teach college students about the dangers of binge drinking, but most of them do not consider the long-term health consequences of disordered eating and heavy drinking, either alone or combined.” 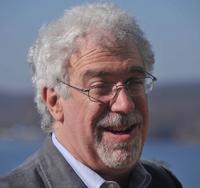 Many college campuses have alcohol education programs for students. The MU Wellness Resource Center works to educate students and prevent the misuse and abuse of alcohol. The Center’s services include peer education programs that advocate the responsible use of alcohol; workshops and classes that educate students about the dangers of alcohol abuse; and CHEERS, a program that provides free non-alcoholic drinks to designated drivers.

“We are aware that this is a problem on campus, and we’re working to address it through research and educational programs,” said Kim Dude, director of the Wellness Resource Center. “The at-risk drinking rate among our students has declined in recent years, so we know our prevention efforts are headed in the right direction.”

Osborne has a dual appointment in the School of Social Work in the MU College of Human Environmental Sciences and the Master of Public Health Program. The study was co-authored by Kenneth Sher, Curator’s Distinguished Professor of psychological sciences and Rachel Winograd, a doctoral student in psychological sciences. The study was presented at the American Psychopathological Association in March and the Research Society on Alcoholism in June.