COLUMBIA, Mo. – Changes in relationship formation and dissolution in the past 50 years have revealed new patterns in romantic relations among young adults. The U.S. Census indicates that young people are choosing to marry later and cohabitating more often than past generations. Now, a University of Missouri researcher has found that people in their 20s are redefining dating by engaging in “stayover relationships,” spending three or more nights together each week while maintaining the option of going to their own homes.

“Instead of following a clear path from courtship to marriage, individuals are choosing to engage in romantic ties on their own terms – without the guidance of social norms,” said Tyler Jamison, a researcher in the Department of Human Development and Family Studies (HDFS). “There is a gap between the teen years and adulthood during which we don’t know much about the dating behaviors of young adults. Stayovers are the unique answer to what emerging adults are doing in their relationships.” 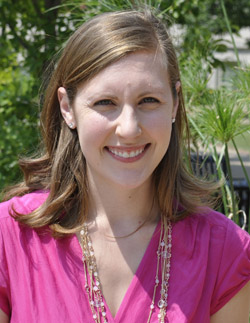 Tyler Jamison, a doctoral candidate in the Department of Human Development and Family Studies, found that routine overnight dates are common among college students in dating relationships. Image credit: University of Missouri

Jamison found that “stayover relationships” are a growing trend among college-aged couples who are committed, but not interested in cohabiting. However, little is known about the effects of stayovers on future commitment decisions or marriage.

“A key motivation is to enjoy the comforts of an intimate relationship while maintaining a high degree of personal control over one’s involvement and commitment,” said Larry Ganong, professor in HDFS. “We see this interest in personal control nationally in more single adult households, and in the growing phenomenon of ‘living apart together’ (middle-aged and older monogamous couples who maintain their own households). It may also help explain why marriage is on the decline, particularly among young adults.”

Jamison conducted interviews among college-educated adults who were in committed, exclusive relationships. She found that although living together before marriage has become less taboo, many young adults want to avoid the potential negative social consequences of cohabitation.

“As soon as couples live together, it becomes more difficult to break up,” Jamison said. “At that point, they have probably signed a lease, bought a couch and acquired a dog, making it harder to disentangle their lives should they break up. Staying over doesn’t present those entanglements.”

Jamison found that couples who had a stayover routine were content in their relationships, but did not necessarily plan to get married or move in together.

“Many college-aged adults are students who will soon be facing a transition point in their lives,” Jamison said. “Most students do not have a definite plan for where they will live or work after graduation, and stayovers are a way for couples to have comfort and convenience without the commitment of living together or having long-term plans.”

The study, “We’re not living together: Stayover relationships among college-educated emerging adults,” is in the current issue of the Journal of Social and Personal Relationships. Jamison recommends future research to determine the effect of stayovers on marriage and divorce rates. Her follow-up research is focused on stayover relationships in unmarried parents. She is a doctoral candidate in the MU College of Human Environmental Sciences.