A group of the world’s leading environmental scholars are sounding the alarm that human societies need to transform their national and international environmental institutions into a more coherent and robust planetary stewardship model to steer away from rapid and irreversible changes to the Earth’s subsystems.

University of Toronto political scientist Steven Bernstein is one of the authors of a paper which appears in Science on March 16, 2012. 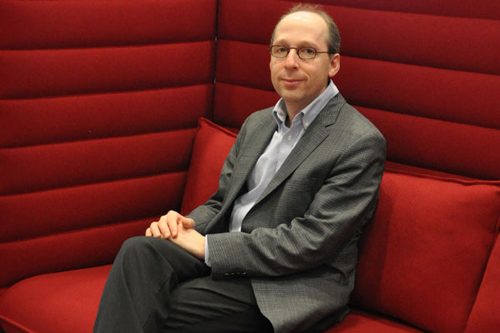 Professor Steven Bernstein of political science is a co-author of an article that calls for global environmental stewardship (Photo by D. Tyszko)

In the article, more than 40 of the world’s top scholars warn that incremental change is not sufficient to bring about societal change at the level and with the speed necessary. “Structural change in global governance is needed, both inside and outside the United Nations (UN) system and involving both public and private actors.”

Possible reforms of the intergovernmental government system will be a key focus of the UN Conference on Sustainable Development in Rio De Janeiro in June 2012.

“The institutions left us from the Earth Summit twenty years ago have proven woefully insufficient for the challenges of this century. Rio +20 presents an historic opportunity to build more effective governance – the only question is whether there is the political will to do so,” says Professor Bernstein, director of the Master of Global Affairs Program at the Munk School of Global Affairs.

The Science paper is based on a comprehensive assessment conducted in 2011 by the Earth System Governance Project, the largest social science research network in governance and environmental change. Its international research program explores political solutions and novel, more effective governance systems to cope with the current transitions in the biogeochemical systems of our planet.

Read more: How Rio+20 can herald a constitutional moment by Frank Biermann and Steven Bernstein, The Guardian.