COLUMBIA, Mo. – New research conducted at the University of Missouri offers hope for divorced parents and suggests hostile relationships can improve when ex-spouses set aside their differences and focus on their children’s needs.

“Most people falsely believe that, when people get divorced, they’ll continue to fight, to be hostile,” said Marilyn Coleman, Curators’ Professor of Human Development and Family Studies at MU. “We found in our study that’s not always true. Some couples get along from the very beginning, and, for about half of the women we interviewed, the couples whose relationships started badly improved over time.” 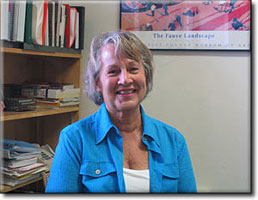 Marilyn Coleman, Curators’ Professor of Human Development and Family Studies. Coleman says divorced parents who share custody of their children should move beyond their failed relationships and focus on what’s best for their kids. Image credit: University of Missouri

“To me, it’s almost as if the parents in the bad-to-better relationships matured,” Coleman said. “Mostly, it’s because the parents began focusing on their children. The parents saw how upset their arguments made their kids, so they decided to put their differences aside and focus on what was best for the children.”

The women in amicable relationships reported that their ex-partners were responsible parents and that money was not a source of conflict. In addition, the women said they communicated with their ex-partners frequently and in multiple ways, via text, phone and email. Cordial parents also dealt with differences in parenting styles more efficiently by communicating issues that arose. In addition, the women who had better relationships with their former spouses did not try to limit their children’s interaction with their fathers and, instead, found ways to conveniently transition the children between two homes.

“Conflict within a marriage or after a divorce is the most harmful thing parents can do for their children’s development,” Coleman said. “If kids go through their parents’ divorce, they’ve lost some access to both parents. If the parental fighting continues, the children have not only lost access, they’re still involved in the conflict—in the ugliness—and it harms the kids.”

“The courts tend to use a one-size-fits-all philosophy when dealing with divorces and determining custody of children, and that really doesn’t work for some parents—especially if there has been abuse or if high levels of conflict continue,” Coleman said. “We need to find out how joint-custody works for families. The goal for divorced parents should be to maintain the best co-parenting relationships possible by moving past prior relationship issues and focusing on children’s well-beings.”

The study, “The Good, the Bad, and the Ugly: Divorced Mothers’ Experiences with Co-parenting,” will be published in the upcoming issue of Family Relations. Coleman’s co-author, Mindy Markham, received her doctorate at MU and now teaches at Kansas State University. The Department of Human Development and Family Studies is housed in the MU College of Human Environmental Sciences.