EAST LANSING, Mich. — Just as monarch butterflies depend on circadian cues to begin their annual migration, so do plants to survive freezing temperatures.

All living things – humans, animals, plants, microbes – are influenced by circadian rhythms, which are physical, mental and behavioral changes that follow a 24-hour cycle. In the current issue of the Proceedings of the National Academy of Sciences, Michael Thomashow, University Distinguished Professor of molecular genetics, along with MSU colleagues Malia Dong and Eva Farré, has identified that the circadian clock provides key input required for plants to attain maximum freezing tolerance.

“The integration of cold-signaling pathways with the circadian clock may have been an important evolutionary event that has contributed to plant adaptation to cold environments,” Thomashow said. 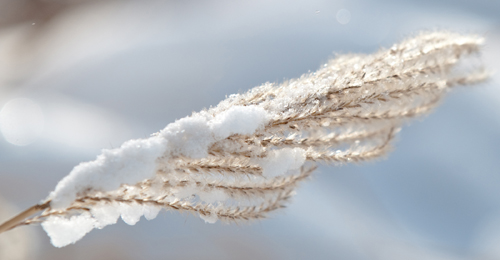 Thomashow, who is an elected member of the National Academy of Sciences for his contributions to the field of plant biology, has focused his research on the identification of stress response pathways involved in freezing and drought tolerance. Stresses, including extreme temperatures and water deficit, are major factors that limit the geographical locations where food and potential bioenergy crops can be grown. 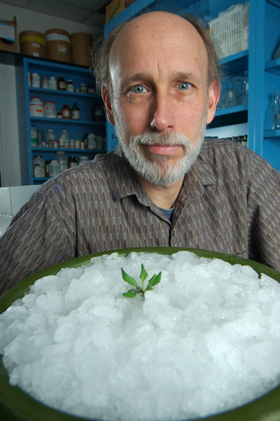 His research led to the identification of the C-repeat binding factor, or CBF response pathway, a stress pathway that can be found in many different plants and plays a major role in freezing and drought tolerance. Reducing abiotic stresses, such as extremes in temperature and drought, can help expand where crops can be grown and increase yields on an annual basis, Thomashow said.

“Increasing the abiotic stress tolerance of crops is integral to keeping food production apace with the increasing world population and to the national vision of replacing a significant proportion of petroleum-based transportation fuels with renewal biofuels,” he said.

Identifying the circadian clock’s influence helps answer a major question that had been puzzling researchers regarding the CBF pathway and how plants sense changes in temperature and other environmental conditions that regulate the activity of the pathway.

Knowing that input from the circadian clock is required for plants to attain maximum freezing tolerance will be a key factor for researchers to develop “designer plants,” ones that have modified CBF pathways that improve abiotic stress tolerance, Thomashow said.