Cooking exhaust hoods designed for home kitchens vary widely in their ability to capture and vent away the air pollutants generated by the gas burners on cook stoves, according to a study by two Lawrence Berkeley National Laboratory (Berkeley Lab) scientists. Of seven representative devices they tested, the capture efficiency varied from less than 15 percent to more than 98 percent.

While the exhaust hoods they tested varied widely in performance, they found that all exhaust hoods do a better job of capturing pollutants generated by the two back burners of a four-burner stove than its front burners. 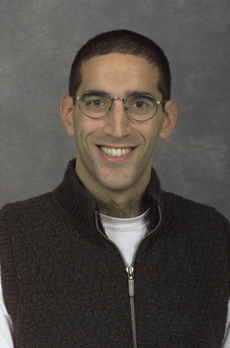 “Even a moderately effective exhaust hood can reduce a stove user’s exposure to pollutants,” says Delp, “and using the back burners preferentially over the front burners helps reduce exposure even more.” However, their research suggests that design improvements can increase the ability of hoods to capture pollutants and reduce their noisiness without increasing their energy use.

The study addresses the pollutants emitted by burners on the stove, but the process of cooking foods, for example by frying or stir frying, also generates pollutants. The research team has not confirmed that their results are applicable to cooking foods, but they believe their results are applicable to cooking, and they have funding for a follow-up study to confirm that the test method is applicable to assessing the capture of pollutants from the cooking process. They are also working on developing test standards that would allow for products to be rated for their performance in capturing pollutants.

Pollutant capture efficiency is the percentage of pollutants at the cooking surface captured by the exhaust hood. Delp and Singer selected models that are representative of the different types of undercabinet exhaust hoods available in the retail marketplace in the U.S. Several hoods covered only part of the two-front burners of the gas stove. The coverage of one hood, a premium model, extended out beyond the front burners. Some of the models had grease screens, or metal covering their bottoms, and some were open underneath. Two were ENERGY STAR-rated. The seven ranged in price from $40 for an economy model to $650, with most falling in the $250 to $350 range.

ENERGY STAR ratings for exhaust hoods only consider a hood’s energy use and noise level, not its efficiency at capturing exhaust.

Their results showed that exhaust hoods varied widely in their performance, and while most of the hoods performed relatively well at venting exhaust gases, most do not do everything well—some hoods had high capture efficiencies, some were very quiet, and some were energy-efficient, but rarely were all three qualities captured in a single exhaust hood.

“These results suggest ways that manufacturers can improve the performance of their products,” says Singer. “Improving the geometry of the hoods—by making them deeper front to back and using methods such as recessed grease traps, blower entries up inside the hood, and better fans and motors will improve their capture efficiency.”