‘Explorers’ Use Uncertainty And Specific Area of Brain

*As they try to find the best reward among options, some people explore based on how uncertain they are about the outcome of the options.  Those who employ that thought process, unlike people who use other strategies, uniquely harness the computational power of the rostrolateral prefrontal cortex, a new study finds.*

PROVIDENCE, R.I. [Brown University] — Life shrouds most choices in mystery. Some people inch toward a comfortable enough spot and stick close to that rewarding status quo. Out to dinner, they order the usual. Others consider their options systematically or randomly. But many choose to grapple with the uncertainty head on. “Explorers” order the special because they aren’t sure they’ll like it. It’s a strategy of maximizing rewards by discovering whether as yet unexplored options might yield better returns. In a new study, Brown University researchers show that such explorers use a specific part of their brain to calculate the relative uncertainty of their choices, while non-explorers do not.

The study, published in the journal Neuron, newly exposes an aspect of the brain’s architecture for producing decisions and learning, said co-author David Badre, assistant professor of cognitive, linguistic, and psychological sciences at Brown. There was no consensus that a precise area of the prefrontal cortex, in this case the right rostrolateral prefrontal cortex, would be so clearly associated with a specific operation, such as performing the requisite uncertainty comparison for supporting a decision-making strategy. 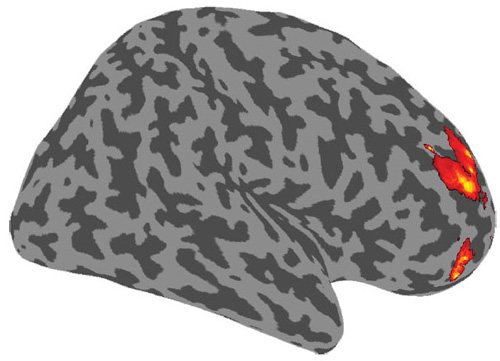 “There has long been a debate about the functional organization of the frontal cortex,” Badre said. “There has been a notion that the frontal lobe lacks specialization when exercising cognitive control, that it’s undifferentiated. This study provides evidence that there is a kind of organization. This is an example of how higher-order functions such as decision-making may relate to the frontal lobe’s more general functional architecture.”

To spot explorer behavior among their 15 participants, Badre and Michael Frank, associate professor of cognitive, linguistic, and psychological sciences, slid them into an MRI scanner and presented them with a game to play. Participants had to stop the sweeping hand of a virtual clock to win points in different rounds. They were told that they could maximize their rewards by responding quickly in some rounds, and slowly in others. The trick is they did not know round-to-round which response prevailed, and the number of points they could win was highly variable. They therefore had to employ a strategy to discover how to maximize their rewards among uncertain options, keeping track of the current expected value of fast and slow responses in each round.

While the MRI scanner tracked the blood flow in the brains of the subjects — a proxy for neural activity — the game’s software tracked their response times in each round. The computer then fed the game’s data into mathematical models devised to determine whether participants adapted their response times by taking relative uncertainty into account or adapted in another manner. 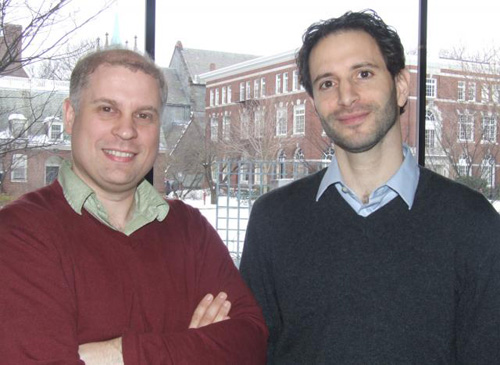 Exploratory behavior based on uncertainty. David Badre and Michael Frank discovered architecture in the frontal lobe that supports a decision-making style based on analysis of uncertainty. Image credit: Paul Rochford Jr./Brown University

Over dozens of rounds a clear pattern emerged. Regardless of which version of the model they used, the researchers found that about half the subjects were engaging in exploratory behavior based on uncertainty: Their choices of response times correlated strongly with the choices that had the greatest outcome uncertainty.

Badre, Frank, and their team then looked at the MRI scans, reasoning that if decision-making is based on relative uncertainty, then the subjects’ brains must somehow represent this uncertainty. Sure enough, as relative uncertainty between choice options increased, so did activation in the right rostrolateral prefrontal cortex. This effect was substantially stronger in the explorers than the nonexplorers.

The result is the first to show that this region of the brain keeps track of relative uncertainty to guide exploration, but is consistent with previous studies that have shown an association between the right rostrolateral prefrontal cortex and relative comparisons. It also provides a potential explanation for Frank’s previous findings that explorers were more likely to have a variation in a gene called COMT that affects dopamine levels in the prefrontal cortex.

From cortex to choice

Frank said researchers still don’t know why some people employ the explorer strategy while others do not, but they might not be so different. According to one hypothesis, they all have an aversion to uncertainty and ambiguity.

In other words, explorers may seek to reduce uncertainty by confronting it, rather than avoiding it.

Badre said that while the study has no direct clinical implications, the findings may still inform efforts to understand a broad set of disorders that affect frontal lobe function.

“There are a lot of diseases and disorders that affect the frontal lobes,” Badre said. “They affect the ability to live independently, to carry out the day and make good decisions that get you where you want to go. The more we know about the specificity of these systems, the better that you can diagnose and suggest treatments.”

In addition to Badre and Frank, both affiliated with the Brown Institute for Brain Science, other authors are Bradley Doll and Nicole Long.